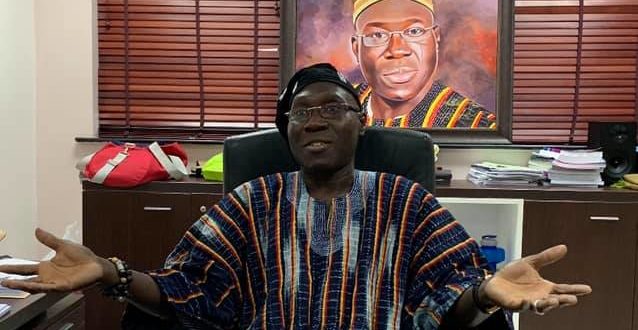 A former Lands and Natural Resources Minister, Alhaji Inusah Fuseini, says the government must explain to Ghanaians the reason behind its decision to increase the acreage of Achimota forest  land ceded to the Owoo family.

He said the erstwhile NDC government completed an agreement and duly handed over 118 acres of the land to the Owoo family, the custodial owners of the land, on compassionate grounds when it decided to build an eco-tourism park in the Achimota forest to prevent it from further encroachment. He said the government cannot be immediately criticized for its decision to cede about 361 acres of land to the family, however it must come clean on the rationale for the decision.

See also  Why Ghana Went From Hero To Zero For Investors

“The President directed that we give them part of the land and on compassionate grounds, so 118 acres of land was given to the Owoo family on compassionate grounds in acknowledging their tremendous sacrifice to the people of this county for the establishment of the Achimota school and the Achimota woodlots,” he said. “We were also criticized for giving 118 acres to the family and we had a duty to explain why we did… I cannot judge the government, but I only demand that we know the reason why they did that. Government is in charge of policy so they should come out and explain,” he added.

“We principally wanted the land to still be under the control of the Forestry Commission so that the ecological integrity of the forest will be protected, but you [government] are of a different view that it should be declassified as a forest and removed from the forest reserve and so they need to explain,” he said.