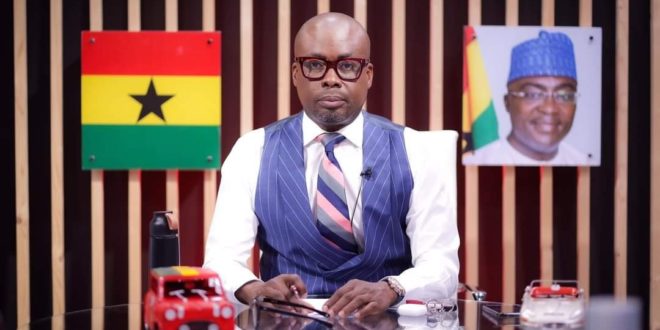 Please, I’m not being sardonic with this article just that some soi-disant journalists in Ghana are foils and failing this country. I have carefully followed and fetch information about the so-called broadcast journalist named Paul Adom-Otchere and seen that he is an error journalist. That man does not broadcast meaningful issues that would address national dilemmas. He always pushes party agendas.

When you check the full list of the council of state members who received the GH¢365k Ex-Gratia,  hmm! This amount could be used to build and complete the 5, 403 schools under trees in Ghana.
Now, let’s check the list and calculate the total amount paid to them.

The Council of State is made up of 10 elected members (official) and 14 appointed members (ex-officio).

19. Dr. Margaret Amoakohene of the School of Communications Studies of the University of Ghana, Legon.

24. Togbe Afede, Agbomefia of the Asogli State and President of the National House of Chiefs.

However, when you calculate the 365,000 by 24 it will result in Gh¢8,760,000.00 of taxpayers’ money for persons whose role is to advise the President and are paid salaries as well as bonuses plus allowances.

Forthwith, Togbe Afede decided to willingly refund his share of Gh¢365,000 to the government chest and Paul something-something Adom-Otchere is shamefully blasting him for being so kind to the nation, wow!

Ex-President J. A. Kuffour when serving during Busia’s administration, Dr. Addo Kufour then defense minister, SSNIT board chair, and many more have the same records, check it.

This is beyond partisan politics but rather patriotism. Sadly, Ghanaians will discuss this issue and slur vital topics.

Teachers’ arrears are pending, and NABCO trainees and the national service personnel are also crying for money.

Paul Adom-Otchere shut up and sleep because your position as a board chairman of the Ghana Airport company limited is misleading your conscience. Common sense is more powerful than Ph.D. Some party foot soldiers may back you but your time shall expire, be careful.
Let’s build Ghana and not political parties.