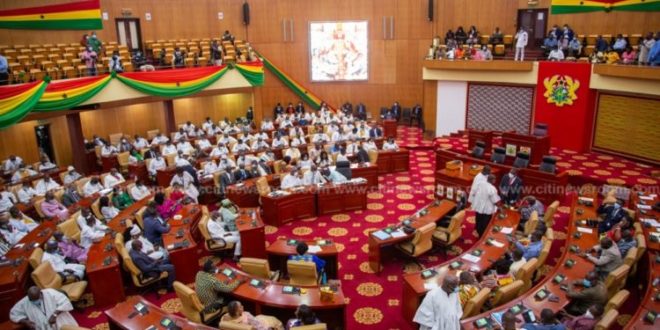 Members of the majority caucus of Parliament have staged a walkout as Parliament votes to decide the fate of the Finance Minister, Ken Ofori-Atta after the debate on the report of the censure motion.

The Majority Leader, Osei Kyei Mensah-Mensah, who led the walkout said they cannot be part of a process that was baseless and politically motivated.

Mr. Mensah-Bonsu addressing the Speaker said the censure motion by the Minority caucus was out of bad faith and only seeks to embarrass the Finance Minister.

“Just like Pontius Pilate, we are washing our hands off the motion”, he said.

In his defence, the Finance Minister rejected allegations of conflict of interest and gross mismanagement of the economy levelled against him by the Minority caucus in Parliament.

See also  ‘I Have No Doubt That The Truth Will Always Prevail’ – Haruna Iddrisu Disclaims Posts On Facebook, Twitter Handles

He said he had done nothing wrong and described the allegations against him as witch-hunting.

“If I say I am innocent they [the minority] won’t believe me and if I ask for the truth and proof, they won’t be able to provide it. I have committed no crime,” Mr Ofori-Atta insisted on Thursday.

Previous FIFA World Cup Hat-Tricks: Check All The Facts Since 1930
Next Ken Ofori-Atta Is Safe As Vote Of Censure Fails