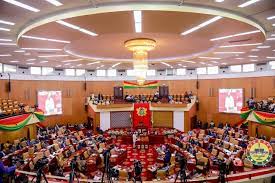 Afrobarometer Report: 71% Of Ghanaians Give Their MP’s ‘Failing Grade’ For 2021

Under the current ‘hung’ parliament, Members of Parliament (MPs) have become “much more” effective when it comes to scrutinising government spending, a recent Afrobarometer report by the Centre for Democratic Development-Ghana, has found.

“Almost half (46%) of Ghanaians think the composition of the 8th (hung) parliament has made MPs “somewhat more” or “much more” effective in scrutinising government spending,” according to the report.

Fewer Ghanaians, however, think MPs have been more effective at passing laws in the current parliament, which is divided equally between the two leading political parties, the governing New Patriotic Party (NPP) and the opposition National Democratic Congress (NDC).

Also, 39 percent of Ghanaians think the MPs are more effective at passing laws with another 39 percent thinking MPs are more likely to cooperate and build consensus with members of other political parties.

However, a large majority of Ghanaians endorse the role of MPs in a democratic system, the report further reveals.

“More than eight in 10 (82%) say parliament should monitor how the government spends taxpayers’ money, and three-fourths (75%) say MPs should make laws for the country even if the president does not agree.”

When it comes to who is responsible for ensuring that MPs do their jobs, Ghanaians are divided.

While most, 85 percent of Ghanaians say their MPs “never” or only “sometimes” listen to what people have to say, only 14% say parliamentarians “often” or “always” try their best to listen.”

About 71 percent of Ghanaians, covering two-thirds, scored their MPs “a failing grade on their job performance over the past year,” the report added.