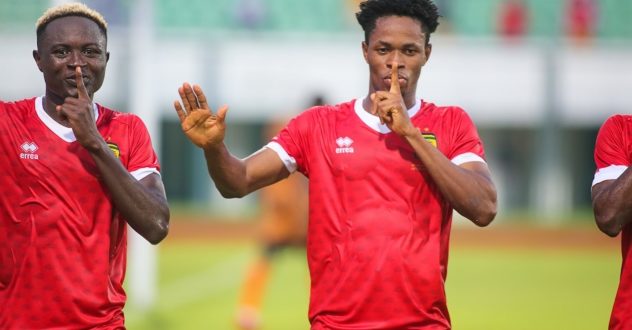 The Porcupine Warriors found a late winner through winger, Isaac Oppong at the General Kerekou Stadium in Cotonou, Benin.

It’s full time here at the General Kerekou Stadium in Cotonou and the Star born in Sunyani but making the name in Kumasi clinches victory to climax a spirited performance by our Warriors.

The Burkina Faso side looked the stronger side early into the game as they pressured the Ghanaians but Seydou Zerbo’s side were on hand to hold off the pressure from the opposition.

Zerbo was taking charge of his first official game as the head coach of Kotoko following the resignation of Prosper Ogum Narteh at the end of last season.

Kotoko threatened on a number of occasions through new signing, Steven Mukwala but the forward was unable to find the back of the net.

With just minutes away from the full time whistle, Oppong ensured the Kumasi-based side returned to Ghana with the all important win as he found the back of the net with his effort.

The win on Monday means Kotoko command a 1-0 advantage heading into the return leg to be played at the Baba Yara Stadium.

Below is the highlights of the game