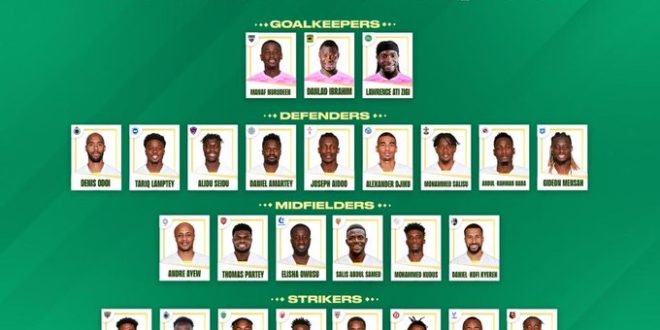 Black Stars head coach Otto Addo has announced his final squad to defend Ghana at the 2022 FIFA World Cup to be staged in Qatar.

With 10 days away from the team’s first group game of the tournament against Portugal on November 24, Addo has revealed his players for the Mundial.

The squad also have two players from recent players who made themselves available for selection at the end of the 2021/22 season.

Inaki Williams and Mohammed Salisu make the list for the World Cup. There is also a place for Abdul Salis Samed who has been in good run of form for RC Lens.

Ghana begin their World Cup campaign on November 24 against Portugal. They will play South Korea four days later and then conclude the group stage campaign on December 2 against Uruguay. 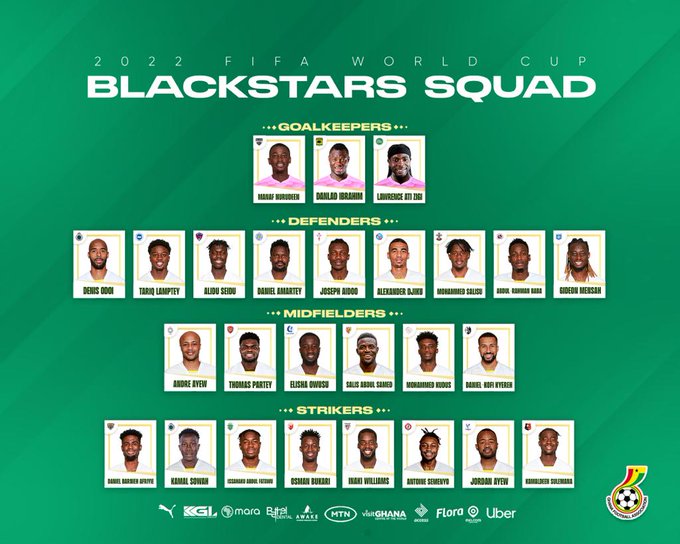 Source:  TodayGhanaMedia.comis not responsible for this report and its content.