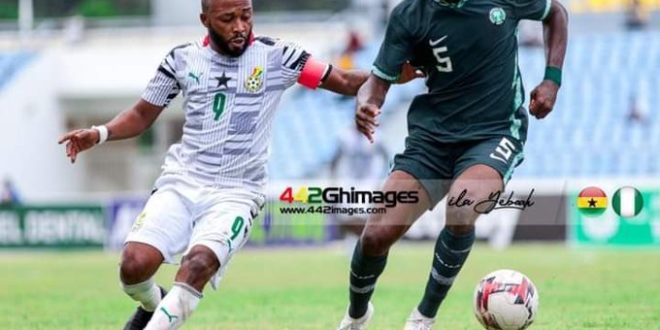 The Nigerian Football Federation (NFF) per reports in the local media this morning, have announced a free entry for fans who will troop to the Moshood Abiola Stadium to cheer their Super Eagles B side to victory against Ghana today.

The Green and Whites will host the Black Galaxies in the capital, Abuja this afternoon in an epic second leg tie of the 2023 African Nations Championship final qualifying round.

Two second half goals from Hearts of Oak duo Daniel Afriyie Barnieh and Suraj Seidu propelled the Galaxies to a precious 2-0 win in the first leg last week in Cape Coast.

As part of their attempts to create a wild scene to avoid any form of catastrophe, the Nigerian FA per speculations, have asked their supporters to enter the match venue free to rally behind their home-based national team.

This is to serve as motivation to Salisu Yusuf’s men in order to overturn the two goal deficit and subsequently edge out sworn rivals Ghana to make it to the next CHAN tournament in Algeria early next year.

The game is scheduled for 1600GMT today.