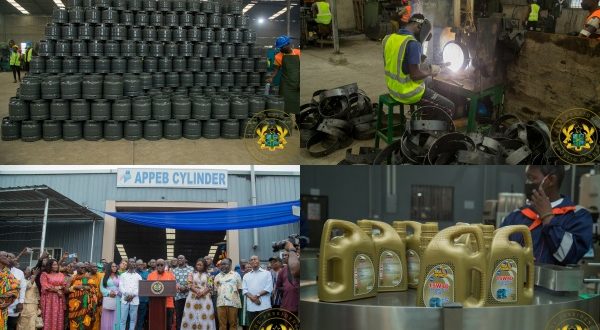 The President of the Repubic, Nana Addo Dankwa Akufo-Addo, on Friday, 2nd September 2022, commissioned two factories operating under Government’s One-District-One-Factory initiative, stating that “it is the first time I have done so since becoming President, and it is a day I will not forget.”

President Akufo-Addo’s first port of call was the APPED Cylinder Factory, which is currently employing some two hundred and fifty (250) people, and is expected to employ some five hundred (500) people at full capacity.

The company was established in January 2019 to participate in Government’s flagship industrialization programme. Indeed, construction started in 2019 and was completed in the year 2021 with the commencement of commercial production and operations in the month of December the same year. 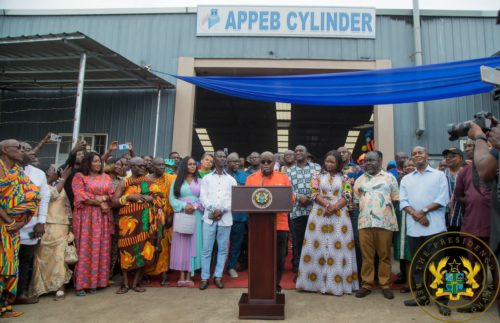 Speaking at the event, the President reiterated Government’s continued commitment to providing strategic support to companies and enterprises, such as APPEB, operating in Ghana. 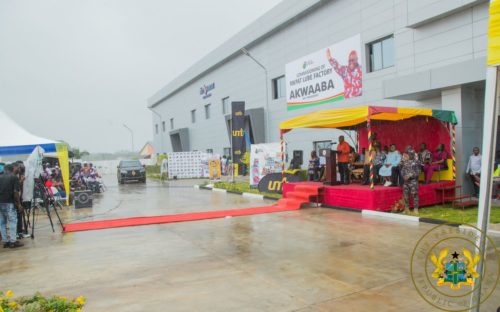 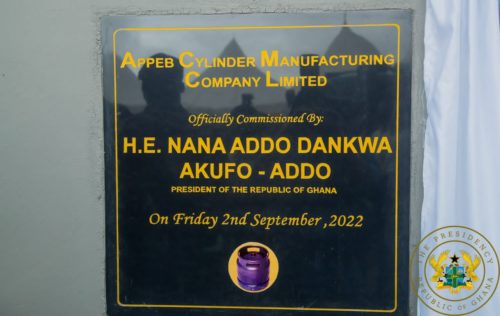 “We will continue to enhance the existing incentive framework designed to make 1D1F designated companies more competitive and sustainable. The incentives, which include tax holidays, import duty waivers, and interest rate subsidies, are designed to help build the capacities and competitiveness of these enterprises, and to position them for greater productivity and efficiency,” he said. 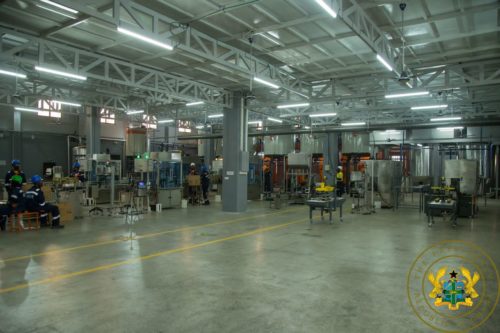 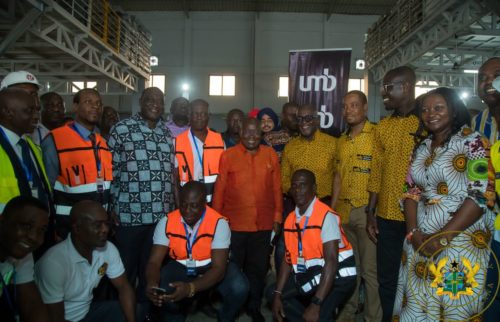 President Akufo-Addo continued, “We are waiting patiently for Parliament to give its approval to the fiscal incentive package, and I ask, respectfully, that Parliament expedites action on the matter, which has been, somewhat, delayed. It is important for investors that the legal processes for the grant of the package be completed as soon as possible.”

He encouraged the proprietors and management of APPEB Cylinder Manufacturing Ltd to take further advantage of this package, and establish similar industrial enterprises in other parts of the country. 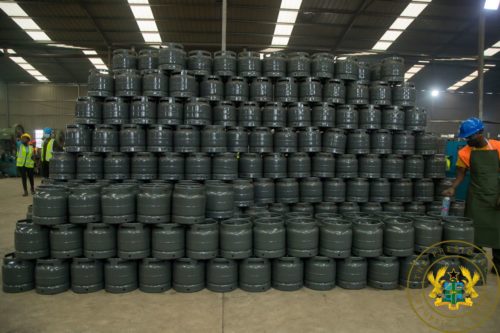 Rikpat Company Limited is an indigenous Ghanaian company with total investment of $8 million, and has the capacity to produce 350 metric tons per day wide range of lubricants for both automotive and industrial usage.

The broad range of product offerings of Rikpat include Engine oils of different grades, Brake fluids, Industrial oils, Greases and Radiator Coolant for both local and foreign markets.

According to President Akufo-Addo, RIKPAT “is going to support the Ministry of Trade and Industry’s efforts to build a vibrant automotive industry in the country. I encourage all public institutions to procure their lubricants from domestic manufacturing companies, such as RIKPAT. It is the surest way of helping the company to recoup its investment, expand its operations, and create more jobs.”

He continued, “Government remains committed to supporting private sector operators, like RIKPAT, to become globally competitive, and, thereby, take advantage of market integration frameworks such as the African Continental Free Trade Area (AfCFTA), whose Secretariat has been established and commissioned in Accra.”