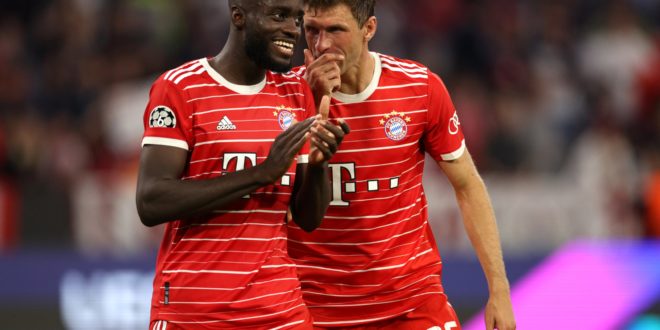 Second-half goals from Lucas Hernandez and Leroy Sane extended Barcelona’s rough run of results in Munich. The Blaugrana have now failed to win in their last seven visits to Bavaria in two draws and five defeats by an aggregate total of 16-4.

Robert Lewandowski, making his return to Bavaria after a summer move to the Camp Nou, fired the best chance of the first half over the crossbar in the 18th minute after being played in from a clever pass by Gavi.

The Poland striker missed two more legitimate chances as the first half played out — while Bayern rarely threatened Marc-Andre ter Stegen’s goal — and the teams went into the dressing room level at 0-0.

The chances came for the home side soon after the restart, as Bayern took a two-goal lead before the hour mark through a Hernandez header and Sane’s tidy finish from a counter-attack to put Barca in an unenviable position.

Xavi Hernandez’s side, still in second place in the group, could not find their way back into the game and now face a crunch pair of back-to-back matches against Internazionale, who are third, that could go a long way to determining which team will advance to the knockout round.