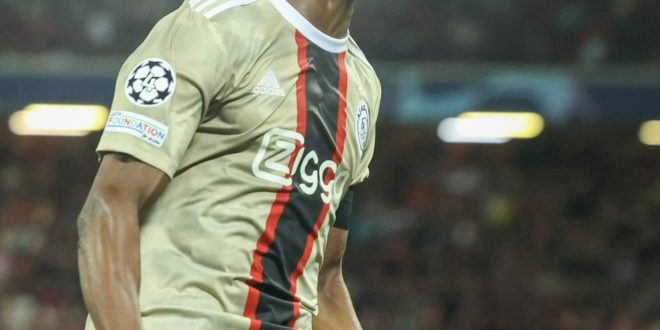 Mohammed Kudus finally got his revenge against Liverpool on Tuesday night, slamming home a screamer in the Champions League match at Anfield.

Ghana international, Mohammed Kudus, netted his fifth goal in his last four games for Ajax as they suffered a 2-1 defeat to Liverpool in the UEFA Champions League on Tuesday, September 13.

The Ghana international, who was making his third consecutive start, blasted the ball straight into the net, stunning Liverpool fans.

After Liverpool took the lead through talisman Mohammed Salah, Kudus equalized for Ajax, but the English giants scored a late winner thanks to Matip.

Mohammed Kudus was injured by Liverpool’s Fabinho when the teams met in the same competition two seasons ago.

It was his first major injury, and it dealt him a devastating blow, putting an end to his explosive start in the Netherlands.

So, going into tonight’s game, the Black Stars midfielder was desperate to score against the six-time champions, which he did emphatically.

The 22-year-old has been in terrific form after his proposed transfer to Everton in the summer transfer window was blocked by Ajax.

He has scored five goals in his last four games for the Dutch giants.