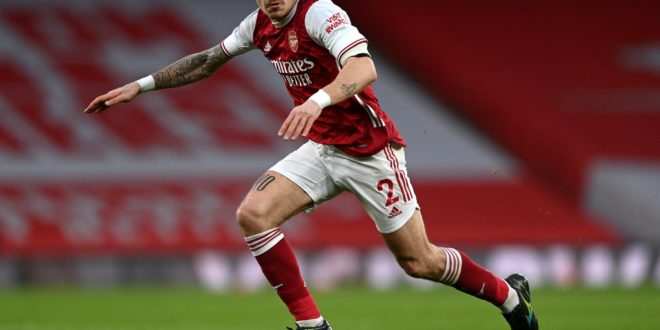 A Spanish professional footballer  Hector Bellerin Moruno has joined Barcelona on a free transfer after Arsenal agreed to terminate the defender’s contract.

The Spaniard has penned a one-year deal with his hometown club and becomes their sixth signing of the summer.

Bellerin, who spent last season on loan with La Liga side Real Betis, had one year left to run on his Gunners contract, but the Premier League side allowed him to end the deal early and join Barca as a free agent.

“FC Barcelona and Héctor Bellerín have reached an agreement to sign the player, after the defender terminated his contract with Arsenal Football Club.” the club wrote on their website.

“The player will sign a contract until 30 June 2023 and the buyout clause has been set at 50 million euros.

“FC Barcelona will shortly be announcing the details of the official presentation of Bellerín as a new member of its senior men’s team.”

“We today say goodbye to Hector and we thank him so much for his loyalty and commitment to Arsenal Football Club.

“During his 11 years with Arsenal, Hector won three FA Cups and made nearly 250 appearances – such a huge contribution to the club.

“I’m privileged to have played in the same squad as Hector for three seasons, wearing the Arsenal shirt and sharing many great moments on and off the football pitch together.

“We thank you Hector and wish you and your family all the best for your return to Barcelona.”

The move marks a homecoming for the former Barca youth player, who left Camp Nou to join the Gunners as a 16-year-old in 2011.

Bellerin has been on the Gunners’ books ever since, making 239 appearances for the club, but spent last season on loan at Betis and was surplus to requirements under boss Mikel Arteta on his return.

The 27-year-old is the sixth new face in the door at Camp Nou this summer, following the arrivals of Jules Kounde, Raphinha, Robert Lewandowski, Franck Kessie and Andreas Christensen.

Barca have managed to recruit well despite facing serious economic problems that left them unable to register £42m signing Kounde in their squad until last week, when they finally managed to comply with league financial rules.

The Catalan giants have used various so-called ‘economic levers’ to free up funds this summer, while they have trimmed the wage bill by offloading the likes of Samuel Umtiti and Clement Lenglet on loan to Lecce and Tottenham respectively.

“Barcelona publicly expresses its gratitude to Braithwaite for his commitment and dedication and wishes him the best of fortune and every success in the future,” read a statement.

Former Middlesbrough forward Braithwaite scored 10 goals in 58 appearances in all competitions for Barca after joining from Leganes in February 2020. 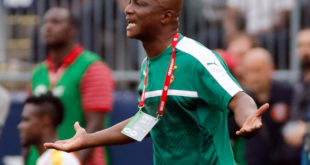