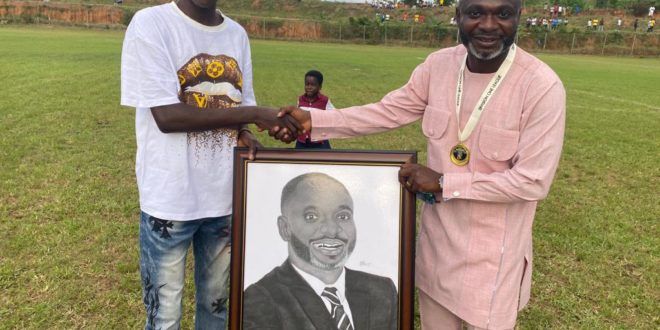 The management of the  Akyem Oda based Kotoku Royals FC has dedicated their team in honour of  Mr. Odi Ahenkan Kwame Yeboah to celebrate their success as champions of the Division one league zone 3 tournament.

According to the Club’s managing executives, Kwame Odi Ahenkan has been a key instrumental figure in supporting the team through promotion and motivation.

They showed that, they are proud of the involvement and endorsement of the CEO of the Odi Media Network who has funded most of their activities and used his Media platform, “Ahenkan FM” to massively amass support for the team.

In order to show appreciation, The management officials presented a medal to Mr. odi Ahenkan Yeboah after the Coronation Match between Kotoku Royals FC and the Susubiribi SC at the Oda sports stadium on Sunday 19th June, 2022 for his immense contributions towards the team for their qualification to the National League (Ghana Premier League)

The prominent Journalist A.K.A “Killer Abobonnua” has recieved massive praise for garnering massive fan base for the Eastern Regional football club who will make their debut in the Ghana Premier League as qualifiers of the tournament.

Mr Odi Ahenkan Kwame Yeboah, the Chief Executive Officer (CEO) Of  Odi Media Network which includes; (Ahenkan 93.3 FM & Ahenkanfmonline)  also recieved a plaque of an imagery of himself by a young artist in admiration of his selfless contribution to the team with cheerful fans showering praises and wishing blessings for him and his family. 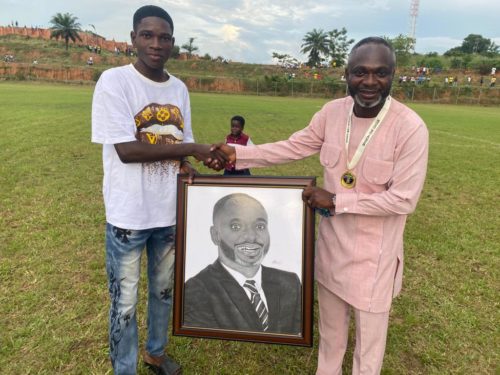 The Royals finished the season a point ahead of the second-placed Liberty Professionals to secure historic promotion to the Ghana Premier League.

Akyem Based Kotoku Royals FC has been crowned champions of the Ghana Division One League Zone three yesterday at Akim Oda Sports Stadium after their coronation match between Susubiribi Sporting Club. The team has accrued 63 points from 30 matches played during the season .

The Division One League Board and the leadership of the Association were in attendance at the coronation ceremony to present the winners medals to the players and officials and also presented them with the trophy.

The Oda-based club will be the first indigenous team from the Eastern Region in the league since Power FC were relegated in 2007. 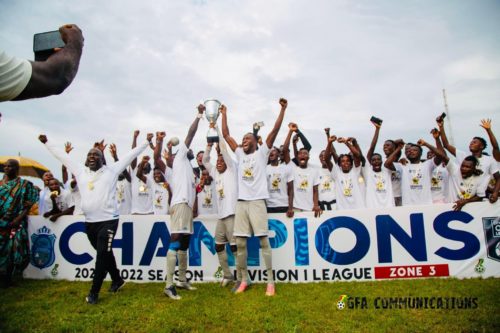 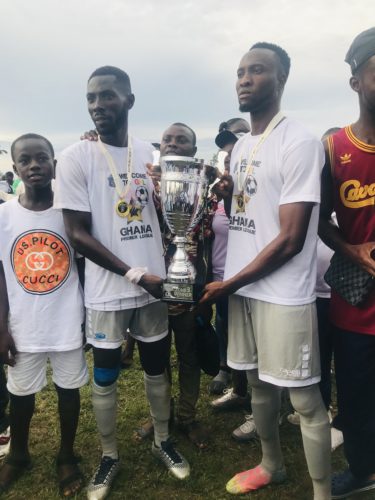 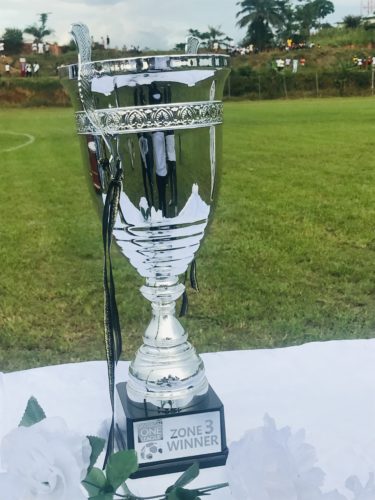 They become the second club to be promoted after FC Samartex.

Kotoku Royals next season will be the 100th club to play in the Ghanaian top-flight league.

Previous Kofi Ameyaw: Stephen Ntim Has A Good Relationship With Akufo-Addo; Dismiss Anything Otherwise
Next Check Bawumia’s Records Before Choosing His As Flagbearer For 2024 – Former MP Tells NPP