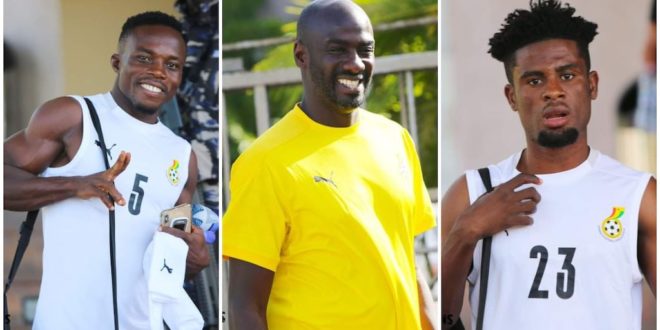 Spread the love
The Central African Republic will host Ghana in Luanda, Angola on Sunday 5th June 2022.
CAR doesn’t have the approval of FIFA to host any international match in the country.
Ghana will thus play both Group E opponents CAR and Angola in Luanda.

Coach of the Black Stars Otto Addo settled on 25 players for the match against Central African Republic on Sunday.

Antoine Semenyo (with a knock) also out.

🇬🇭 Antoine Semenyo did not travel with the team for the Central African Republic game.

The forward picked a knock in Ghana’s game with Madagascar and did not train during the recovery session of the Black Stars on Thursday. pic.twitter.com/KA4kBhYF91

The GFA did not state the reason for his absence in their latest update. pic.twitter.com/pVpDk0MLex

Previous Government To Build Centre Of Excellence Of T-VET In Ashanti Region Within 24 Months – Director Gen. CTVET
Next Ghana Is Facing Hardship Because We Only Have Managers As Rules And Not Leaders – Apostle. Dr. Alex