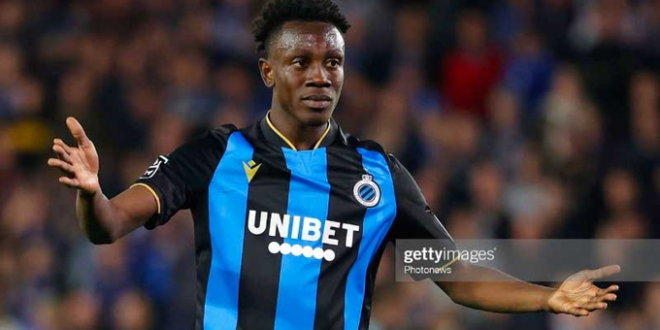 The 22-year-old scored the second goal as the Belgian club claimed a comfortable 3-0 victory over Porto at the Estadio do Dragao.

Brugge took an early lead in the fixture through Spanish forward Ferran Jutgla who converted a penalty kick in the 15th minute.

Sowah doubled the advantage for the visitors with his first ever goal in European competitions just two minutes after the break.

Kamal Sowah scores the second goal for Brugge against Porto

The Ghanaian received a clever pass from Jutgla and sent a shot beyond the goalkeeper and low into the middle of the goal.

Brugge increased the tally to put the game beyond Porto with a goal from Danish midfielder Andreas Skov Olsen in the 52nd minute.