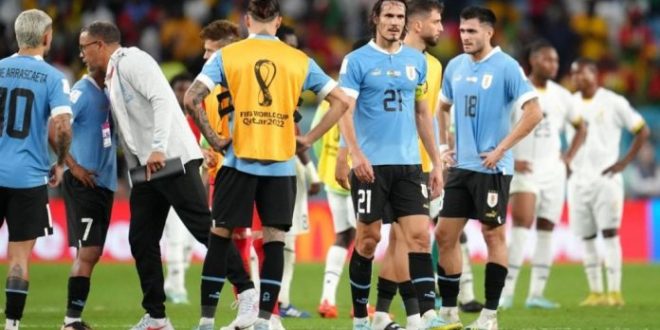 Arsenal hero, Robert Pires, has hit out at referee Daniel Siebert’s decision not to award Uruguay striker Darwin Nunez a penalty during their 2022 FIFA World Cup tie against Ghana on Friday.

Uruguay needed a win and a favour from Portugal heading into their final group game clash against Ghana.

Giorgian de Arrascaeta scored a brace for the South American giants in the first half and guided the team to a 2-0 victory over the Black Stars.

However, that result was not enough as South Korea came from behind to beat Portugal 2-1 in their game.

South Korea and Uruguay were level on points and goal difference, but the Asian side only progressed because they scored more goals in the group.

But during the game, Nunez was brought down inside the Ghanaian penalty area by defender Daniel Amartey.

However, the Liverpool attacker was not awarded a penalty and the decision has been questioned by Pires.

“After the penalty on Messi, what can you say,” Pires said on Sports 18.

“Because it isn’t Messi or Ronaldo that is the problem. Definite penalty. Sometimes you need luck.”