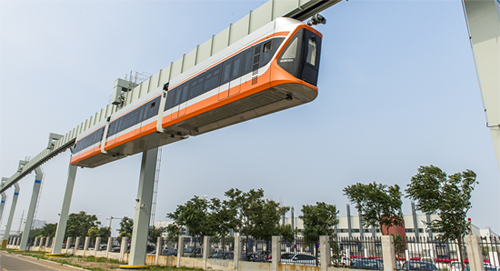 Government is said to have spent some $2 million on the Sky Train project.

This, according to the Auditor-General, was executed through the Ghana Infrastructure Investment Fund’s acquisition of 10 ordinary shares in the Special Purpose Vehicle (SPV), Ai Sky Train Consortium Holdings, valued at the said amount.

This monumental infrastructure announced by President Akufo-Addo had its plan drafted back in 2017.

But an assessment of GIIF’s risk management issues reveals that the policy is still in the draft stage.

“The feasibility studies which will better inform the project economics and required approvals from the Cabinet of Ghana and the Parliament of Ghana are still not conclusive,” the Auditor-General said.

These were contained in the Report of the Auditor-General on the Public Accounts of Ghana for the year ended 31 December 2021.

Already, the Minister for Railways Development, John Peter Amewu hinted that the incumbent government will not be able to provide Ghanaians sky trains as earlier indicated.

According to him, even in a few years to come, this project cannot be implemented because it requires a significant amount of capital and government does not have the fiscal space to absorb such a facility.

Prior to Peter Amewu’s comments, Transport Minister Kwaku Ofori Asiamah, during the ministerial vetting process, indicated that processes are still ongoing for government to construct the sky train project as a means of transport in the country.

At his vetting on February 23, Mr Asiamah told the Appointments Committee chaired by Chairman Joseph Osei Owusu that his office together with Railways Ministry had engaged various prospective developers who had expressed interest in constructing the project.

But 2021 report by the Auditor General indicated that not much has been seen in terms of feasibility studies regarding the project.

The A-G said it has already advised the management of the Fund to take steps towards “finalisation and approval of the risk management policy by the Governing Board for implementation.”

The report subsequently urged management to “continue to monitor the feasibility of the investment in the SPV and make the necessary provisions based on the outcome of the feasibility studies.”

Meanwhile, despite receiving the money in February 2019, the SPV, Ai Sky Train Consortium Holdings, is yet to obtain a licence for “Aeromovel Technology’ required for the Sky Train Project.

GIIF was found to not have certificates of ownership for the equity investments in three companies totalling ¢146.6 million.

“We advised Management to take steps to obtain the appropriate certificates for all its investments.”

In November 2019, government signed the concession agreement with South African firm Africa Investment (Al) at a cost of $3 billion.

It was geared toward reducing traffic congestion in Accra with construction expected to commence in January 2020.

Previous More Than 1,000 Doctors Forced To Go Home After Completing Housemanship
Next ‘MMDCEs Have No Mandate To Sell Lands’ – PVLMD