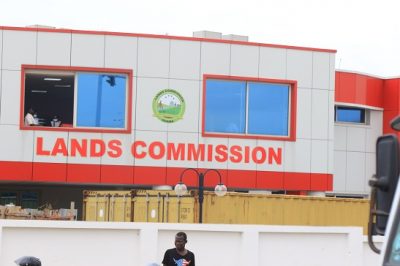 ‘MMDCEs Have No Mandate To Sell Lands’ – PVLMD

The Ashanti Regional Head of the Public and Vested Land Management Division (PVLMD) of the Lands Commission, Christopher Ayebono Atanga, has admonished Metropolitan, Municipal and District Chief Executives (MMDCEs) against selling of lands belonging to the state and chiefs.

According to him, every state land is under the management of the Lands Commission, and it is not the duty of district assemblies to sell it.

Ayebono Atanga stated that Article 258 clause 1a of the 1992 Constitution, mandates the Lands Commission to manage all public lands and any land vested in the state or commission, on behalf of the President.

Thus, he warned, “District assemblies don’t have the power to sell any land, be it stool land, government land and any land or whatsoever.”

The regional head of PVLMD, who is also a lawyer, was speaking at Asante Mampong during a training programme organised for the Asante Mampong Traditional Council and staff of the Mampong Municipal Assembly regarding land issues recently.

The training was to educate the traditional leaders and officials of the Mampong Municipal assembly to enhance their knowledge on land management and proper land documentation, to minimise land litigations in the Mampong Traditional Area.

“There are lands which are the properties of the assembly themselves, either they bought it from the stools or through government acquisition. If it’s theirs and government acquired, they are usually given ‘certificate of allocation’,” he explained, adding that if the assemblies want to dispose of such properties they must seek consent from the Minister of Lands to make any transfers.

“Selling of government land is a criminal act under the Land Act. If you sell government’s land, you can be prosecuted,” he explained, adding that anyone found occupying government land without proper documentation to prove ownership can also be imprisoned.

During the training, some traditional leaders accused the Municipal Chief Executive for Asante Mampong and the Municipal Planning Officer, Mr. Thomas Appiah Kubi and Isaac Owusu Mensah, for allegedly selling lands belonging to the chiefs and the state.

However, Mr. Owusu Mensah, who was present, denied all the allegations levelled against them by the chiefs of Nwaase/Aburukutuaso and Tunsuom/Botoku, Nana Agyei Afriyie Bonsafo II and Nana Agyenim Boateng respectively.

Mr. Atanga told DAILY GUIDE that the forum was an opportunity to educate the traditional leaders and the staff of the assembly to minimise the incidence of land litigations in the Mampong municipality.

He stated that the Lands Commission only recognises leases granted by the stools and no families or individuals, adding, “The chiefs didn’t have a lot of information but we are explaining some of these things to them.”

The Gyaasehene of Mampong Traditional Council, Nana Boakye Yiadom Atonsa, who chaired the programme on behalf of Mampongmanhene, Nana Osei Bonsu II, thanked Mr. Atanga and his team for responding to their invitation.

Nana Boakye Yiadom urged Mr. Atanga, who is also a native of Asante Mampong, to intermittently visit the traditional leaders to educate them on land issues.