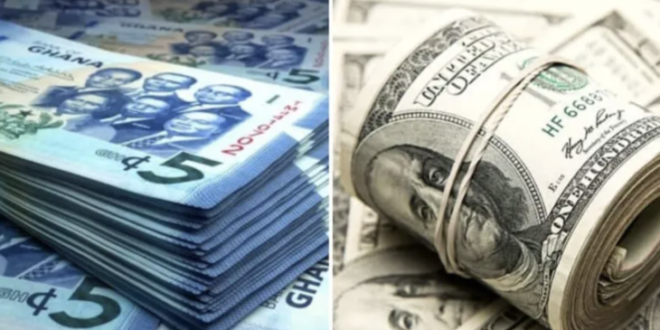 Ghana Cedi: From Worst To Best Performer Against Dollar

Ghana cedi has been tagged by Bloomberg as the best performing currency against the US dollar this week.

After being compared to some 150 currencies across the globe, the cedi emerged as the best performing currency against the dollar this week (for the past 5 days).

The currency, having lost more than 50% of its value in the course of the year gained 10% against the greenback. The cedi to dollar exchange rate was as high as $1 to more than GH¢15 this year, but currently trades a little above GH¢12.50 to the dollar.

About 3 months ago, Ghana’s currency was labelled as the worst performer against the USD, relieving the Sri Lanka rupee of this unenviable position. The Cedi’s untamed slump against the USD put Ghana’s economy in a forlorn position with the country’s long-term bonds suffering at least 7 downgrades from three international rating agencies in less than 11 months this year.

The Minister of Finance, Ken Ofori-Atta disclosed in the 2023 budget statement that Ghana’s public debt scaled-up by GH₵93 billion (about $7.2 billion at current interbank rate) due to the depreciation of the Ghanaian cedi in less than 11 months this year.

On 4th December, 2022, the government officially announced a debt operation exercise called “Domestic Debt Exchange” which outlined the nature of debt restructuring for domestic creditors. This is to pave the way for the much anticipated $3 billion IMF bailout package.

The Minister in charge of Finance indicated that “Under the programme, domestic bondholders will be asked to exchange their instruments for new ones. Existing domestic bonds as of 1st December 2022 will be exchanged for a set of four new bonds maturing in 2027, 2029, 2032 and 2037. The annual coupon on all of these new bonds will be set at 0% in 2023, 5% in 2024 and 10% from 2025 until maturity. Coupon payments will be semi-annual.”

He however, emphasised that “the Government of Ghana has been working hard to minimise the impact of the domestic debt exchange on investors holding government bonds, particularly small investors, individuals, and other vulnerable groups.” As a result, “Treasury Bills are completely exempted and all holders will be paid the full value of their investments on maturity.” The Finance Minister reiterated President Akufo-Addo’s earlier position that “there will be NO haircut” on the principal of bonds and that individual holder of bonds will not be affected.

As investors await government’s decision on the nature of its external debt restructuring, interest payment on loans for the 2023 fiscal year is projected at GH¢52.6 billion translating into an uptick of about 40.6% compared to the 2022 budgetary allocation making it the biggest expenditure line item next year.

Although the Finance Minister, Ken Ofori-Atta noted in his announcement of the Debt Exchange Programme that “external debt restructuring parameters will be presented in due course.”, his Deputy, John Kumah revealed on 24th Novemebr 2022 that “domestic bondholders will receive zero interest for 2023, 5% interest in 2024 and 10% interest in 2025; and also, domestic bondholders can only expect to start receiving their full interest in 2026”. Meanwhile, “for foreign bondholders, government is proposing a 30% haircut on both principal and interests.” Mr. Kumah stressed.