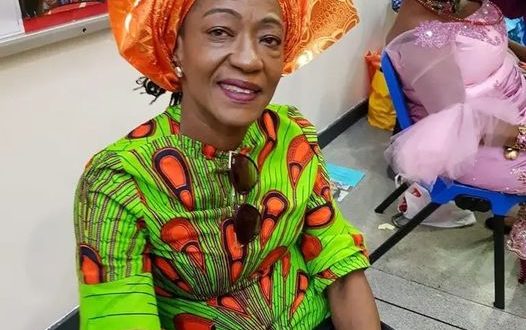 The wife of the late Kwadwo Owusu Afriyie, popularly know as Sir John, the former Chief Executive Officer of Forestry Commission has died.

Agnes dies just a year after Sir John who is also the former General Secretary of the New Patriotic Party (NPP) passed at the Korle Bu Teaching Hospital, Wednesday, July 1, 2020.

Kwadwo Owusu Afriyie, popularly known as Sir John (1957 – July 1, 2020) was a Ghanaian lawyer and politician. He held several political positions including serving as general secretary of the New Patriotic Party. He was serving as the Chief Executive Officer of the Forestry Commission of Ghana before his demise.

Afriyie died on July 1, 2020, in Accra after testing positive for COVID-19. He died at the Korle-bu Teaching Hospital where he was receiving treatment.