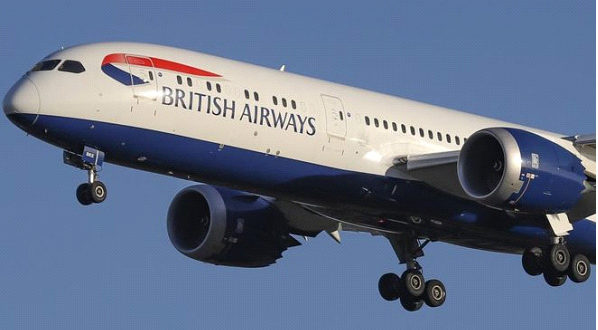 The inability of British Airways, to repatriate its trapped funds out of Nigeria has led to the suspension of ticket sales in the country ahead of stoppage of flights to the African most populous nation.

This is as the airline threatens that it may be compelled to stop flight services into Nigeria if the ongoing crisis of over $464 million trapped funds from ticket sales of combined foreign airlines operating into Nigeria is not resolved by the Federal Government.

The Central Bank of Nigeria on Friday announced the release of $265m out of the N464billion trapped funds to the foreign carriers.

A breakdown of the figure indicates that the sum of $230million was released as a special FX intervention while another sum of $35m was released through the Retail SMIS auction.

The development means Nigerian passengers seeking to fly the British carrier may have to go to the airline’s website to book flights and possibly pay with local or foreign debit cards.

The airline in a business meeting with the leadership of National Association of Nigerian Travel Agencies (NANTA), the umbrella body of travelling agencies in the country revealed the development on Friday while trying to allay fears on a possible shutdown of operations by the British carrier.

“As members may be aware that British Airways closed inventory this morning, please be informed that this inventory closure is a necessary action taken by British Airways to mitigate increase of their trapped funds,” a communiqué by NANTA partly read.

“However, British Airways provides reassurance that it is still flying in and out of Nigeria and is currently seeking earnest solutions to address the demands of its customers,” it added.

The Association said that the closure of inventory was a necessary measure to mitigate increase of its trapped funds in Nigeria.

The airline, however, assured that it would continue to fly into the country.

But, NANTA has advised its members not to sell the airline’s tickets beyond December 2022.

If the airline carries out its threat, Nigerians travelling home in December may face a herculean task of doing so.

The development comes barely a week after Emirates Airlines announced that it will be suspending flight operations in Nigeria from September 1 after several failed attempts by the foreign airline to recover $85 million of its over $600 million trapped in Nigeria.

The IATA urged the Buhari regime to prioritise the release of the funds before more damage is done, noting that the failure to do so will affect Nigeria’s access to its services.

Nigeria’s decision to withhold the airlines’ earnings follows restrictions on access to foreign currency imposed on investors seeking to repatriate profits as the country faces a severe dollar shortage.