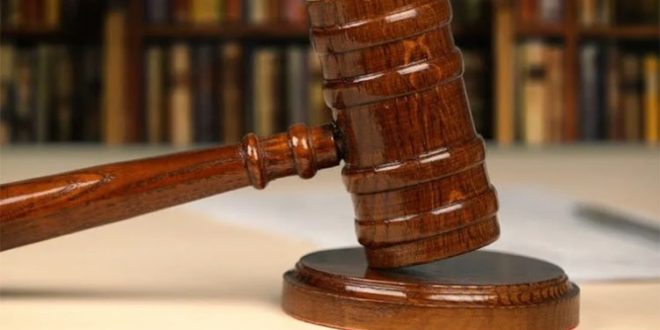 Four armed robbers have been sentenced to 20 years imprisonment each by an Accra Circuit Court.
Theg sentenced for robbing a mobile money vendor at Pokuase in the Greater Accra Region.

The convicts, namely Ibrahim Muntari, a 29-year-old driver; Evans Nuertey, a 27-year-old driver; Abubakar Sadiq, aka Frenchman, a 30-year-old Okada Rider; and Prince Ayitey were said to have robbed the mobile money vendor at gunpoint.

They initially pleaded not guilty of the two charges preferred against them but later changed their plea to guilty and sentenced on their own plea.

Prosecution charged them with conspiracy to commit crime to wit robbery and attempted robbery after they robbed the vendor of her bag containing a cash amount of GHC3,500, recharge cards valued at GHC4,000 and four mobile phones valued at GHC630.

According to a report carried by the Ghana News Agency (GNA), the accused persons took a cue from the trial judge who had earlier on sentenced them to 19 years imprisonment in one of the numerous cases before her.

Prior to that, another Circuit Court had sentenced three of the convicts, excluding Ayitey to 17 years on a robbery charge.

The court, which sentenced the convicts to 19 years after the trial, told them to advise themselves if they knew they committed the act in the other cases before her.

When one of the numerous cases was called, one of them prayed to the court presided over by Patricia Amponsah that they had pondered over what she had told them and that they would like to change their pleas.

The court, therefore, sentenced them to 20 years imprisonment each on their own pleas.

Fact of the case as presented by Chief Inspector John Gohoho, said the complainant resided at Sowutuom and that Muntari, Nuertey and Sadiq resided at Olebu, Odumasi and Mankrong respectively while Ayitey resided at Olebu.

Chief Inspector Gohoho said on March 8, 2020, the Amasaman Police arrested Muntari and another at Pokuase for allegedly possessing firearms without authority.

The prosecution said on March 17, 2020, the Accra Regional Police in an intelligence report indicated that Muntari and his accomplice were among those who had attacked mobile money vendors in 2019 and on March 6, 2020.

It said during interrogation, Muntari and his accomplice mentioned the names of Nuertey, Sadiq, and Ayitey.

According to the prosecution, the convicts mentioned Pokuase as the place where they robbed the complainant.

See also  GACL: We Can’t Confirm How Much Frontiers Made From Covid-19 Testing At Airport

It said on March 18, 2020, Muntari led the Police to places of abode of the convicts and they were arrested.

On March 20, 2020, the Prosecutor said the convicts led the Police to Pokuase and showed them the shop of the complainant as “where they attacked her at gunpoint and robbed her of her handbag which contained her money, mobile phones and recharge cards.”

According to the prosecutor, the convicts said they went to Olebu in a taxi driven by Muntari and they had shared the money.