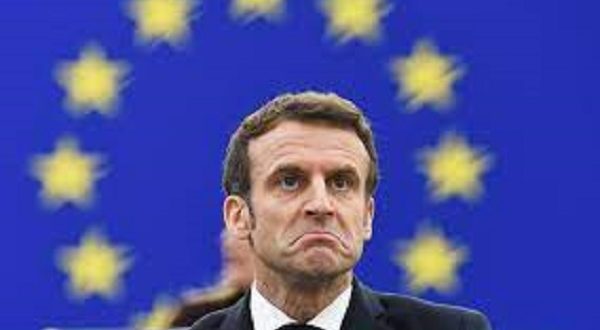 Ukraine’s foreign minister has hit out at French President Emmanuel Macron after he said it was vital that Russia was not humiliated over its invasion.

Mr Macron said it was crucial President Vladimir Putin had a way out of what he called a “fundamental error”.

But Dmytro Kuleba said allies should “better focus on how to put Russia in its place” as it “humiliates itself”.

Mr Macron has repeatedly spoken to Mr Putin by phone in an effort to broker a ceasefire and negotiations.

The French attempts to maintain a dialogue with the Kremlin leader contrast with the US and UK positions.

Foreign minister Kuleba said in a tweet that “calls to avoid humiliation of Russia can only humiliate France and every other country that would call for it”.

Kyiv says Russia must not get territorial concessions from Ukraine, as the Russian invasion has been condemned internationally as brutal aggression.

“I think, and I told him, that he made a historic and fundamental error for his people, for himself and for history,” he said.

“Isolating oneself is one thing, but being able to get out of it is a difficult path,” he added.

Capturing the city would deliver the Luhansk region to Russian forces and their local separatist allies, who also control much of neighbouring Donetsk region.

The region’s Ukrainian governor Serhiy Haidai said his forces had reclaimed about a fifth of Severodonetsk and could hold on.

“As soon as we have enough Western long-range weapons, we will push their artillery away from our positions. And then, believe me, the Russian infantry, they will just run,” he said.

The US plans to give Kyiv’s forces precision rocket systems, so that they can hit Russian positions from a longer range. The UK will also send them a number of large multiple-rocket batteries.

The fighting has now left most of Severodonetsk in ruins, but thousands of civilians are still sheltering in basements there.

Governor Haidai said Russian forces were blowing up bridges on the river to prevent Ukraine bringing in military reinforcements and delivering aid to civilians.

Previous Smivic Communications Set To Launch “SHE POWER”
Next We Are Grateful To God, Party Members – NPP Eastern Regional Executives