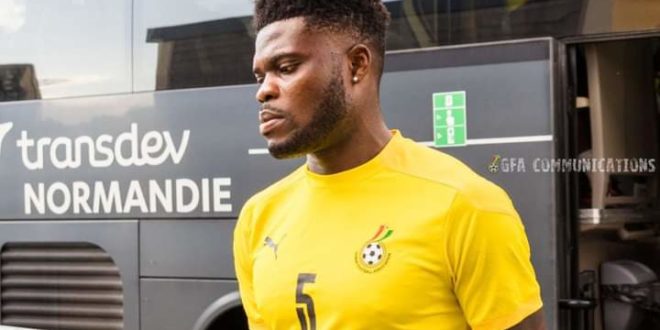 Partey To Critics: I Play For Team Success Not Personal Glory

Ghana and Arsenal midfielder Thomas Partey says he is not fixated on carrying the Black Stars on his back because he is more focused on playing his role within the team’s set up.

Partey has been criticised for not imposing himself on games for the Black Stars since the start of the 2022 World Cup in Qatar.

His performance in the 3 – 2 defeat against Portugal especially was severely castigated, with many feeling that he does not put in the same effort with the national team as he does for club side Arsenal.

However, speaking at the pre-game presser for Ghana’s game against Uruguay he stated that his primary objective is to play his designated role and not to seek personal glory.

Most people will surely expect more from me, but we are playing as a team.

I listen to the coach and look to do what he has asked me to correctly so that he will be happy.

In the end you know you can do something better, but you need to stick to what the team wants and not the individual.

I am doing my best,” he stated.

Ghana will take on Uruguay at the Al Janoub Stadium in the final Group H encounter for a ticket to the Round of 16 phase of the tournament.