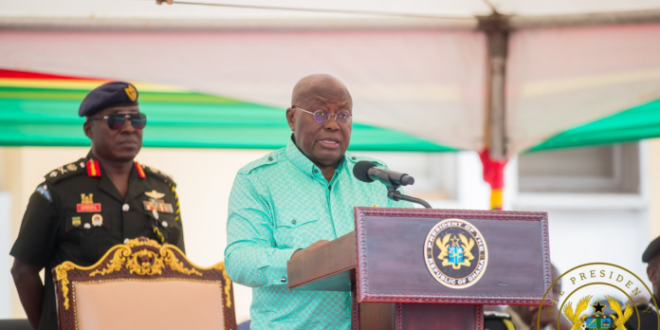 The Executive Secretary of the Importers and Exporters Association of Ghana (IEAG), Samson Asaki Awingobit, has called on government to dissolve and sack the entire management of the Ghana Revenue Authority (GRA).

According to him, should government terminate the appointment of the Authority’s Commissioner-General, Rev Ammishaddai Owusu-Amoah, and his subordinates, it will restore the institution’s integrity.

“I think in the GRA, from the Commissioner-General to the Commissioner of Customs to the Deputy Commissioner in Support, there is a problem there. The President, the government, or the Chief of Staff must stand their ground and find out.

See also  Free S.H.S Will Be ‘Evaluated’ Under The I.M.F Program – Educationist Predicts

Mr Awingobit made the pronouncement while contributing to the discussion on the alleged corruption activities involving the Labianca Group of Companies and the Customs Division.

Speaking on JoyNews’ PM Express, the Executive Secretary stated that it was unprofessional for GRA’s Commissioner-General to dissociate himself from Col Kwadwo Damoah’s comments against the Special Prosecutor.

“The Commissioner-General is supposed to work with his Lieutenants and if you are there having issues with your Lieutenants… I don’t know why Col. Damoah is still at post and you will issue a statement.

“As an institution, he should have accepted and said whatever my men have done, I have taken the blame. We apologise on his behalf and we will deal with our staff in-house.”

While commending the Office of the Special Prosecutor for undertaking such an investigation, Mr Awingobit held a contrary view to the finding that GRA’s Commissioner-General was not away from the going-ons.