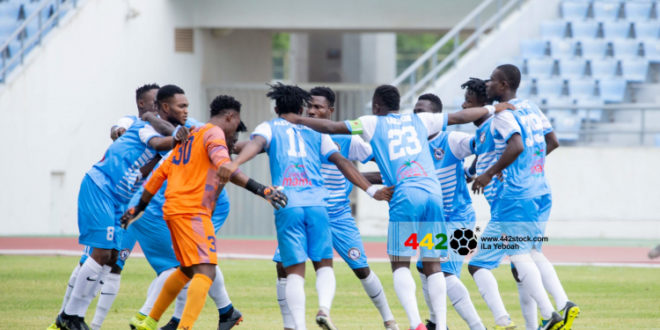 Berekum Chelsea recorded a 2-0 win over Medeama SC in the GHALCA Top Six Group B match-day one fixture on Thursday afternoon.

The Berekum based Premier League outfit started the game on a good note as they opened the score on the 6th minute through Haruna Shaibu.

Shaibu brilliantly fetched the opener for Berekum Chelsea after making a good use of pass delivered into Medeama’s 18-yard box by Collins Ameyaw.

Berekum Chelsea continued to frustrate the Yellow and Mauves before the break but none of their efforts earned them additional goals.

On the stroke of halftime, young goalkeeper Gregory Sekyere made a magnificent save to deny Zakaria Mumuni of Medeama from levelling the score.

In the second, Berekum Chelsea exercised their dominance once again over Medeama SC to register another goal to end the fixture with a 2-0 win.

The ‘Biribes’ came close through Mizak Afriyie to double the lead but his strike was denied by the woodwork on the 57th minute of the game.

Ten minutes after the hour-mark, Mizak Afriyie registered his first-ever goal for Berekum Chelsea to give them a 2-0 lead.

Medeama SC coach Umar Rabi introduced more fresh legs like Kwasi Donsu, Agyei Boakye and others but their inclusions couldn’t earned them even a consolation goal.

Berekum Chelsea have moved to the top spot of the GHALCA Top Six tournament Group A following the victory Medeama.