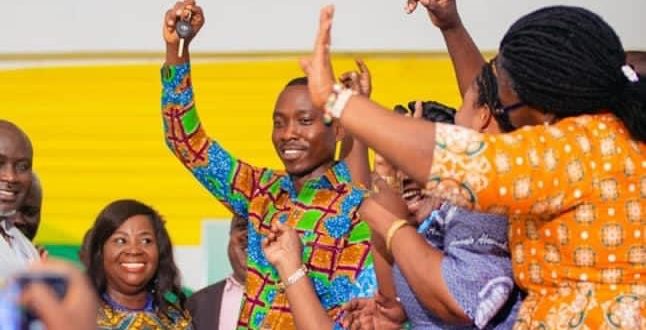 Mr. Daniel Agyare-Brenu, an Integrated Science Teacher and Head of the Science Department of Aburi Presby Senior High Technical School in the Akuapem South Municipal of the Eastern Region was on Thursday, 28th July, 2022 crowned the Outstanding Teacher in the maiden Eastern Regional Excellence in Education Delivery Awards. 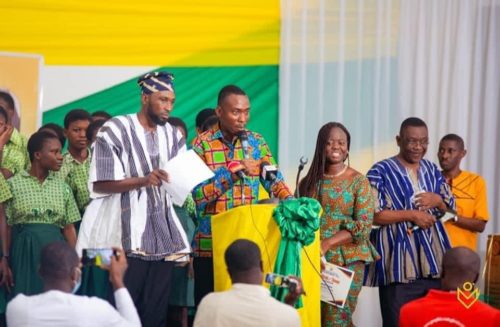 For his prize, Mr. Daniel received a Toyota Yaris Salon Car, a certificate of honour and a cash prize.

Mr. Ahmed Alhassan, an ICT Coordinator at Kwahu West Municipal Education Office was adjudged the first runner up and he received a Hisense Double Door Refrigerator (150L), a certificate of honour and a cash prize. The second runner up, Mrs. Grace Ofosua, a teacher at Wesley Methodist JHS, Asamankese in the West Akim Municipal received an Electric Cooker (50×60) with Gas Oven, a certificate of honour and cash prize as well. 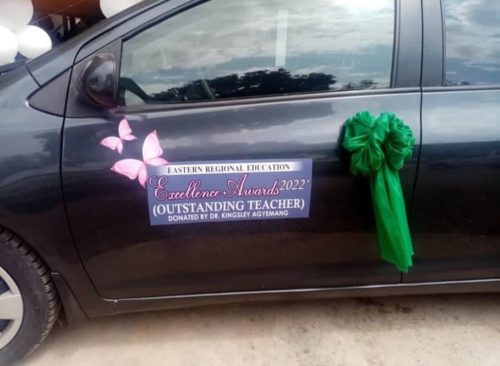 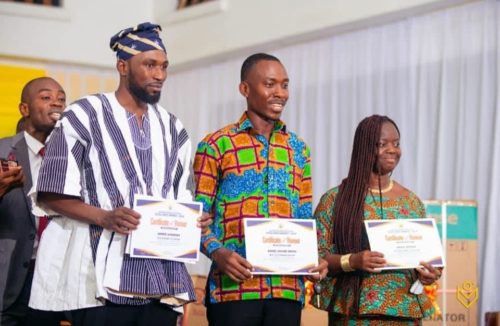 The Guest Speaker, Dr. Kingsley Agyemang, Registrar of the Ghana Scholarships Secretariat and the sponsor of the ultimate prize for the awards ceremony promised a scholarship package for all 21 awardees at any level of their respective education.
He also disclosed that the secretariat under its Institutional collaboration for Capacity Building is also exploring the possibility of collaborating with the Ghana Education Service to sponsor National Best Teachers for a short term capacity development training programme locally or abroad. 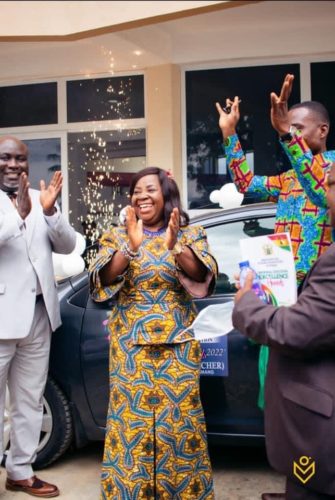 Mrs. Margaret Nsiah-Asamoah the Eastern Regional Director of Education in her welcome address at the awards ceremony under the theme , “Bouncing Back in Unity through Excellent Education Delivery” said the celebration is in fulfilment of the directorate ‘s second Key Strategic Priorities, which is to collaborate across districts/schools to boost students’ confidence, increase expectations and celebrate successes as a region and in individual schools.

Apostle Dr. Christian Koramoah, Financial Controller, GES HQ, who represented the Director General commended the Eastern Regional Education Directorate for providing useful lessons and setting replicable standards which have impacted greatly on the overall development of education in Ghana at all levels. 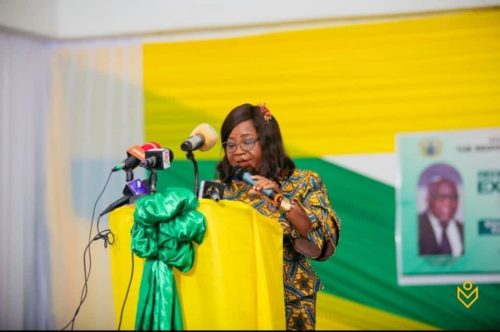 Apostle Koramoah commended the initiative of the Eastern Regional Education Directorate which is under the directorship of the hardworking Mrs. Margaret Nsiah-Asamoah for recognizing and celebrating students, teachers office staff, schools and district directorates/offices whose efforts in education are excellent examples for emulation. ” such an award scheme is not in how big or small the initiative is, but the very idea that recognizing the seemingly little efforts and achievements of people and schools, counts immeasurably. The foundation of excellence is integrity of intent.” he added.