Breaking News
Home / Business / The Youth Should Be Motivated To Engage In Citrus Farming – Prof. Godfred 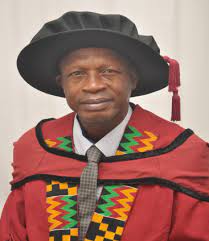 The Youth Should Be Motivated To Engage In Citrus Farming – Prof. Godfred

The Orange Growers Association “O.G.A” has finally been launched at the Durbar Grounds of the Akyem Aprade today 4th August, 2022. The maiden launch of the Association saw the invitation of Nana Owusu Gyanpim the Anantahene of Akim Aperade, Hon. Richmond Kofi Amponsah the District Chief Executive, some citrus crop farmers, experts and partners among others who were there to grace the event.

Speaking at the launch, the President of the Association, Nana Yaw Baffour Frimpong said that, the association has been made open to everyone in the region who owns a citrus farmland or wants to engage in the citrus trade.

He added that, members can sell their citrus produce to the Association and receive half payment upfront with the remaining balance to be paid in the next two weeks. He explained that, citrus farmers are unable to receive payment on their proceeds early for farm maintenance as well as their living which sometimes discourages them from continuing their farming activities so this association will ensure that this is changed.

He continued that, they have launched the Central region and the Ashanti region edition but they are very particular with Eastern region because it is the largest producer of orange in the Southern Sector of Ghana.

“We are thankful to our citrus leaders especially Mr. Nimo Ahenkorah of Nimo Ahinkorah Farms, Nana Adom of Adom Farms among others for contributing to the association’s growth,” he said appreciating the various Chief Executive Officers of the numerous citrous farms.

A lecturer and crop scientist at the University of Ghana, Legon , Prof. Godfred K. Ofosu-Budu who was also present at the launch event also shared that, there are many benefits associated with citrous fruits.

Prof. Ofosu-Budu detailed that, citrus fruits known for its efficacious juice contains some organic oils which are exported for production of modern soap products and also has its fruit cover used as feed for livestock. He stressed that, there are many varieties such as mandarin, lemon among others with varied benefits which were formerly being bought by foreign traders from Burkina Faso, Mali , Ivory Coast and other neighbours to Ghana.

The Citrus fruit Expert enlightened that, youths in the country should be encouraged to go into citrus farming and agricultural production in general by adding it as a practical study in the formal education sector. He also advised farmers to ensure good farming practices to ensure good and standard yield which will be highly patronized by both local and foreign buyers to be processed into the end-product for consumption.

Sharing on his excitement with the involvement of the O.G.A group in the production of citrus fruits, he applauded various stakeholders for their efforts expressing high confidence in the success of citrus fruit production as an upcoming greater contributor to the country’s economy.Some citrus fruit associations especially the Ankaa group, who were present at the event also donated some items to the owners of some citrus farmlands.

The Ankaa group known to be major buyers of citrus produce from farmers in Ghana donated some items such as combined harvesters, pruning saw, spraying machines among others on behalf of the O.G.A group to the East-field farms.