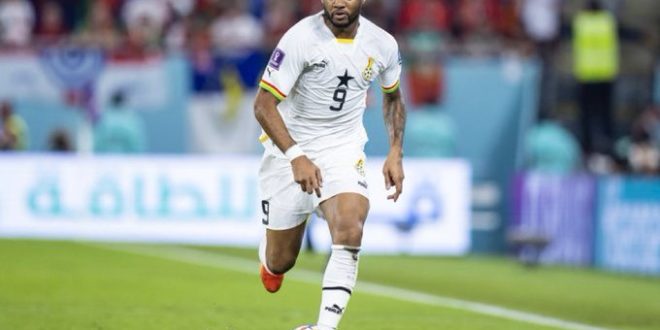 Jordan Ayew was overjoyed with the Black Stars’ victory over South Korea, calling it an important result for the team because it put their 2022 World Cup campaign on track.

Ghana bounced back on Monday afternoon after losing to Portugal in their first game in Qatar. A brace from Mohammed Kudus and a fine finish from Mohammed Salisu secured all three points to boost their chances of qualifying for the next round.

Jordan Ayew himself won a freekick that led to the first goal and assisted the second, inspiring Ghana to their first World Cup win since they beat USA 2-1 in 2010 in Johannesburg, South Africa.

Jordan Ayew's cross and the fighter in Mohammed Salisu 🇬🇭😍😍😍🇬🇭

The performance has generated a lot of opinions with many believing the Black Stars blew hot and cold despite the result and would need to improve heading into their final clash against Uruguay on Friday.

Otto Addo’s men were forced to play on the back foot as the Koreans pressed in the final minutes for the equaliser.

The Crystal Palace forward admitted after the game that it was a difficult encounter, but Ghana did the necessary.

“The most important thing is that we got the three points. We scored two goals in the first half. We didn’t start the second half well but we grew into it and managed to score the third goal. We defended well. They gave us a tough time.”

Ghana have already scored five goals in the ongoing tournament and four of those goals have come from players who are 23 years and below. Ayew was full of praise for young players, including Mohammed Kudus, who scored twice in the Monday win.

“We have a very young team, very energetic. We the senior players, we try to motivate the younger ones every day and let them know that it’s the World Cup. I think the young ones that came on and the ones that started showed experience, composure and we the senior players are really pleased.”

Ghana take on Uruguay with a place in the round of 16 at stake.