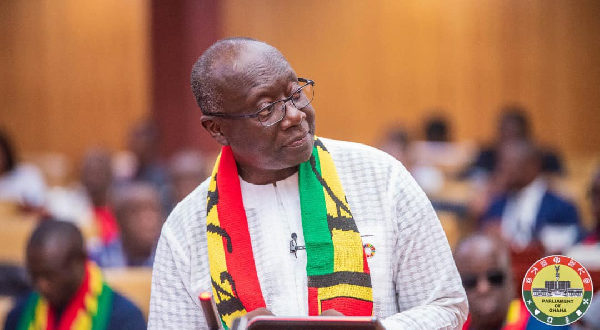 A renowned labour consultant has accused the finance minister of creating needless fear and panic among the teeming unemployed with his freeze on all government employment as contained in the Thursday budget statement to the Legislature.

Mr Antwi Boasiako Sekyere said what the minister said was not apt.

He explained that there cannot be a freeze on employment when every year people retire and need to be replaced.

“Every year, scores of people are needed to fill vacant positions in the teaching sector as well as the nursing sector and the security sector,” he explained.

The former Deputy Minister for Manpower and Labour Relations in the National Democratic Congress (NDC) argued against the minister’s claims while speaking in an interview on the Accra 100.5 FM’s midday news on Friday, November 25, 2022.

He said what will be at play with Ghana getting a deal from the International Monetary Fund (IMF) is the employment in some of the State-Owned Enterprises (SOEs), adding that some of these SOEs have as many as three deputies who draw salaries and allowances from the consolidated fund.

He said the IMF will not allow this to happen as part of the austerity measures when a deal is reached with the fund.

“Under NDC, we went for an IMF deal but recruited to fill positions but the New Patriotic Party in opposition accused the government of not employing because of the IMF deal when they know that was not the case,” he said.

To reduce public expenditure, the government has put a freeze on recruitment in the public sector beginning next year, 2023.

This is part of some 13 measures announced by the Finance Minister Ken Ofori-Atta in the 2023 budget statement presented in Parliament on Thursday, 24 November 2022.

These measures according to the finance minister are cabinet directives.

The 13 measures are listed below:

2. A ban on the use of V8s/V6s or its equivalent except for cross-country travel. All government vehicles would be registered with GV green number plates from January 2023;

3. Limited budgetary allocation for the purchase of vehicles. For the avoidance of doubt, purchase of new vehicles shall be restricted to locally assembled vehicles;

5. As far as possible, meetings and workshops should be done within the official environment or government facilities;

6. Government-sponsored external training and Staff Development activities at the Office of the President, Ministries and SOEs must be put on hold for the 2023 financial year;

7. Reduction of expenditure on appointments including salary freezes together with suspension of certain allowances like housing, utilities and clothing, etc.;

8. A freeze on new tax waivers for foreign companies and review of tax exemptions for free zone, mining, oil and gas companies;

9. A hiring freeze for civil and public servants

10. No new government agencies shall be established in 2023;

12. There shall be no printing of diaries, notepads, calendars and other promotional merchandise by MDAs, MMDAs and SOEs for 2024;

13. All non-critical projects must be suspended for 2023 Financial year.