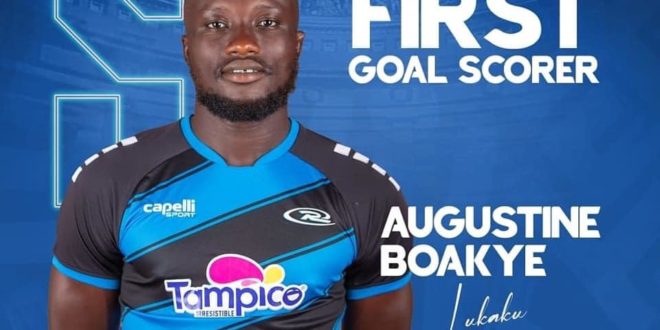 The newly promoted Ghana Premier League (GPL) Oda Kotoku Royals forward, Augustine Boakye a.k.a Lukaku and the Let back, Yakubu Hamidu has earned a call-up to the Black Galaxies 40 – provisional man list ahead of the 2023 CHAN.
With few months to the start of the 2023 African Nations Championship, Black Galaxies head coach Annor Walker has released his 40 provisional man list to begin camping towards the competition.

The home-based national team managed to halt their appaling hoodoo of failing to qualify for the championship in the last three editions to book a ticket this time.

That happened after edging out West African neighbours Benin and Nigeria in the qualifiers and will be returning to the competition for the first time since 2014.

Annor Walker has called 40 players to start pitching camp at the Ghana Soccer Center of Excellence and will subsequently cut down the squad down to the main one.

Hearts of Oak dominated the list as usual with five players, comprising of marksman Daniel Afriyie Barnieh, Gladson Awako and others but mysteriously Mohammed Alhassan was overlooked.

Current Ghanaian champions Kotoko, had only two player in the list and is definitely astonishing, looking at the consistent performances of skipper Richard Boadu, Richmond Lamptey, Mubarik Yussif and others.

Ghana is drawn in Group C alongside Morocco, Sudan and Madagascar. The 2023 CHAN will commence on January 13, 2023 in Algeria.

Below is the full squad: