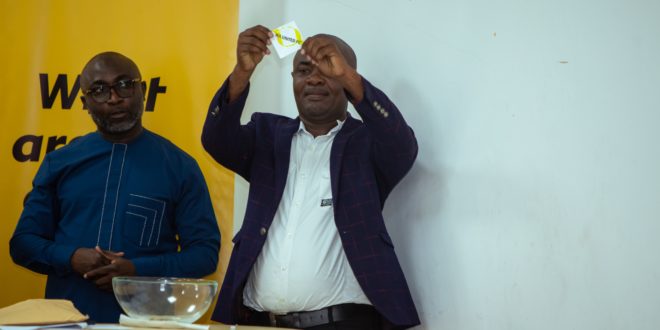 The 2022/23 MTN FA Cup round of 64 draw was held earlier today at the Secretariat of the Ghana Football Association in the capital.

The competition commenced weeks ago with the prelims and of course things have been cleared, with qualified teams known now and all is set for the main competition.
Hearts of Oak defeated Bechem United in June to emerge winners of the last edition- that was the second straight time they were winning and will look to once again clinch it this time around.

The ‘Phobians’ will face Uncle T United in round 64- the first hurdle for the main tourney.

Last season’s runners up Bechem United will also face Ghanaian champions Asante Kotoko in Kumasi- definitely the toughest tie of this round.

The Dormaa derby will be on in the same round when Aduana Stars face Dormaa Unity SC whiles Berekum Chelsea travel to Wa Suntaa.

Below is the full draw

Swedru All Blacks vs Venomous Vipers

Sefwi All Stars vs Bibiani Goldstars