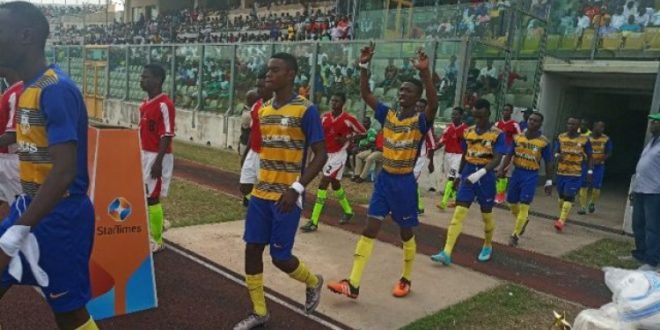 This year’s competition was initially held at the Obuasi Len Clay Stadium due to the renovation works that was ongoing at the Kumasi Stadium then for Kotoko’s CAF Champions League campaign.

Usually, the format of the tourney sees a span of two weeks to complete but was to be played in just five days this time around.

After series of matches honoured from the round of 32, it eventually turned out that, T.I Ahmadiyyah SHS, Kumasi and Opoku Ware SHS are the two schools to make into the final- a repeat of the 1998 and 2018 final of which they both clinched each.

However, a legal tussle popped up between Asanteman SHS and Obuasi Secondary Technical over wrongly disqualification for the use of an qualified player by the latter but it later turned out to be false, reason the final hasn’t been honoured till now.

An agreement was finally reached last month to pave way for the final to happen on 10th November, 2022 which was supposed to be this Thursday at the Baba Yara Stadium.

But, an insider from the GES has disclosed that, the final has been cancelled again with the reason being that, majority of the players of the two finalists have completed and won’t be available for the game.

Previous Senegal The First African Side To Name Final Squad For Qatar 2022 World Cup
Next Sir John Nominated In Two Categories For The 2022 Youth In Business And National Building Awards.