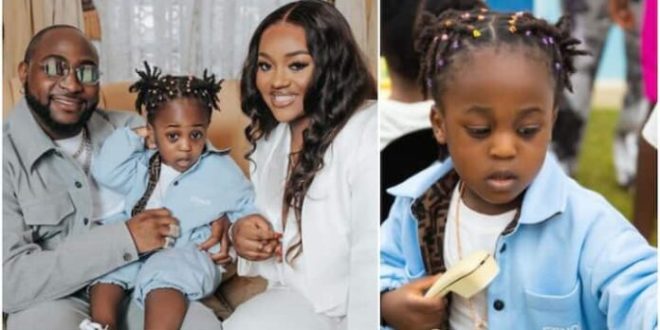 The Lagos State Police Command has revealed that the autopsy conducted on the corpse of Ifeanyi Adeleke, son of Davido and his fiancée, Chioma Rowland, revealed that he died as a result of drowning.

Benjamin Hundeyin, the state Police Public Relations Officer confirmed the new development on Saturday, November 5. He also said the two suspects arrested in connection to the tragic incident are still being quizzed.

“The two suspects are still with us. Autopsy has been concluded. The autopsy confirmed that he (Ifeanyi) died by drowning,” Police Public Relations Officer in the state, Benjamin Hundeyin told PUNCH.

On whether the two principal suspects will be charged in court, the police spokesman said, “I don’t want to preempt that. Investigation is still ongoing.”

Ifeanyi who turned three on October 20, drowned in the swimming pool in the singer’s Banana Island home on Monday, October 31.

According to a source close to the heartbreaking incident, the Nanny was with Ifeanyi and the Chef came to join them. The Nanny was said to have moved slightly away to receive a call. When she returned, she couldn’t find Ifeanyi and assumed he was with the Chef but the Chef said he had left Ifeanyi with her. They began to frantically look for Ifeanyi all over the house for close to 20 mins until a security guard spotted him in the pool.

Davido and Chioma were said to have returned from their trip to the devastating news.

“Davido ran mad. He literally removed his clothes and wanted to run into the streets. He was held back. He and Chioma are inconsolable.” the source told GISTMANIA.