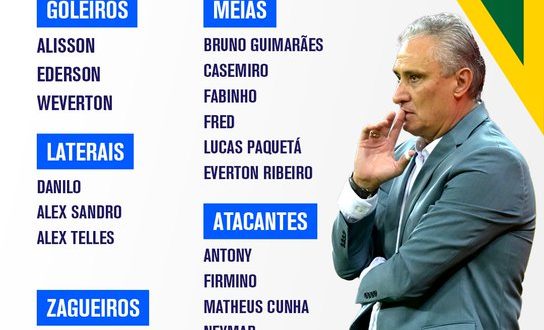 The Brazil manager  Adenor Leonardo Bacchi, commonly known as Tite has named a star-studded squad to face the Black Stars of Ghana and  Tunisia  in an international friendly on September 23, 2022 in France. The team led by Paris Saint Germain star Neymar Jr will test their strength against the four times African champions ahead of the World Cup in Qatar in November.

Raphinha is also included in Brazil’s squad for their friendlies.

Brazil will face Cameroon in Group E at the World Cup, and the game against Ghana is expected to give them an idea of the African giants.

Below is the squad for the Ghana game:

Meanwhile Ghana have been drawn against Uruguay, who play in the same confederation as the five times World Champions.