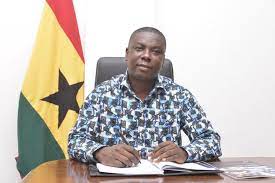 The  Economic Adviser and Spokesperson of the Vice President, Dr. Gideon Boako, says the main objective of the opposition National Democratic Congress (NDC) is to create difficulties for the government and tap into concerns of economic challenges for votes.

According to him, the real hope of the NDC resides in the failure of the New Patriotic Party (NPP), and not that the party has any alternative policy to develop the country.

Dr. Boako said the NDC’s recipe for electoral success is “to make it difficult for NPP to govern, with a majority of one and sit, praying and hoping for the cedi to fall more, interest rates to go high more, prices to rise more and that may be, through that negative experience, Ghanaians will forget who Mahama really is and vote for him.”

He was speaking at the Graduate Students Association of Ghana’s (GRASSAG’s) Week Celebration at the University of Energy and Natural Resources in Sunyani.

He asserted that the NDC would want Ghanaians to believe that the difficulties imposed on the country by the global crisis and the decision by the government to take the bitter pill of seeking support from the IMF meant failure.

“But I want to remind them that if they don’t have the competence to deliver under their own IMF programme, we will deliver,” Dr. Boako stated.

According to him, one can only imagine what would have happened to Ghanaians if the country was hit by COVID-19 and Russia-Ukraine war under the NDC and Mahama government.

See also  Oti Chiefs To Akufo-Addo: Past Governments Failed Us But You Are Different; Thank You

“Even when they had no such global crisis they couldn’t deliver and abolished freebies and opportunities that Ghanaians had. How much more when there is a crisis of this nature?” he quizzed.

“But guess what, Nana Addo Dankwa Akufo-Addo and the NPP took over the mantle of leadership from the NDC and inherited the NDC’s IMF programme under extreme economic challenges. We did not run away from the problem,” he pinned.

He continued, “We took the bull by the horns and demonstrated that we have the competence and commitment to turn difficult situations into prosperity. And with determination and hard work we turned things around from 2017 to first quarter of 2019 under the IMF programme until COVID-19 struck us.”