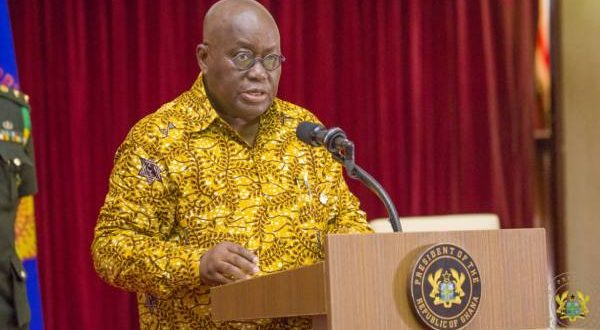 A Political and Governance Expert, Mr Fred Oduro says Ghanaians should rather blame the President, Nana Addo Dankwa Akufo Addo if things do not go well in the country instead of focusing on his Ministers.

President Nana Addo Dankwa Akufo-Addo reacting to a public call for him to reshuffle his appointees, especially ministers of state and said he has no immediate plans of heeding to those calls.

To him, the output of the ministers were consistent with the expectations and therefore there is no need to reshuffle them.

For all you know, it is people who want to destabilise my government or people who are looking for jobs, who are behind those calls, he said.

President Akufo-Addo made the reaction in a radio interview with Tamale based Radio North Star on Monday [August 8, 2022], as part of his tour of the Northern Region this week.

“The issue of reshuffling or performance of my ministers is a daily pre-occupation, I’m required on a daily basis to ask myself whether a particular minister is up to the mark.

“I am the final authority and if they are not up to the mark, I’m required to act. So if they are up to expectations then I don’t have any reason to heed to the calls for reshuffling,” President Akufo-Addo said.

“…NDC wants to destabilise your government, there are people who are also looking for jobs,” he said amidst laughter.

Read Also: Akufo-Addo: I’ll not heed to reshuffle calls to destabilise my govt

Speaking on Atinka TV‘s morning show, Ghana Nie with Ekourba Gyasi Simpremu, Mr Fred Oduro was of the belief that the President was maintaining the Ministers because they were doing exactly what he expects from them even with the limited resources made available to them.

“It is the President’s vision that is being used to govern the country, and so if things are not going well and the President does not sack or reshuffle any Minister, or punish anyone and he says he is happy with the work of the Ministers, then it gives me the license to blame the President if anything is not going on well as expected because he is the only one who can appoint the Minister or sack them,” he said.