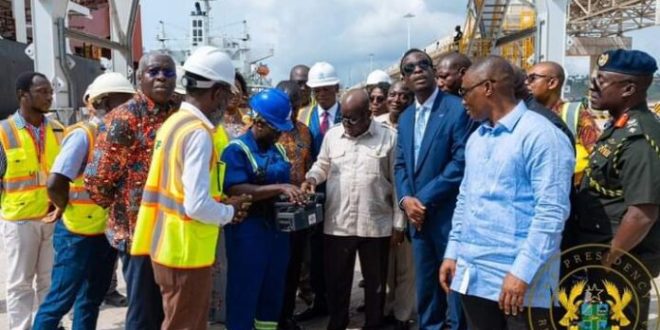 The President of the Republic, Nana Addo Dankwa Akufo-Addo, on Thursday, 8th December 2022, commissioned a new state-of-the-art Dry Bulk Terminal and the Atlantic Terminal Services Multipurpose Container Terminal, as well as the Prime Meridian Dock Company’s Floating Dry-dock at the Takoradi Harbour in the Western region.

The President also cut the sod for work to commence on the construction of a US$98 million modern oil and gas services terminal, “as part of the strategic development of the Port of Takoradi, to service the emerging Petroleum Hub and accommodate oil and gas service providers, fabrication companies, exploration companies and their suppliers for supply base activities.”

The Floating Dry-Dock and Ship Maintenance facility, which is being introduced in partnership with a wholly-owned Ghanaian company, Prime Meridian Dock Limited (PMD), according to him, “is estimated at US$137 million, is being financed by Prime Meridian Docks Limited. This initiative is meant to carry out maintenance works on vessels which, otherwise, would have had to call at Las Palmas, Carina, and other ship repair facilities in other countries for maintenance works.” 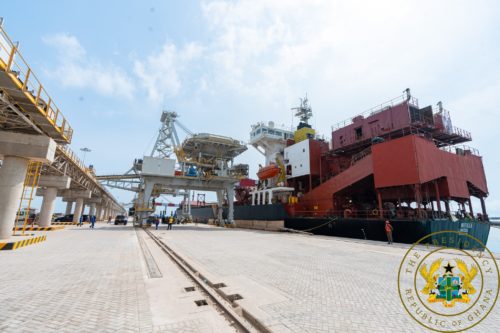 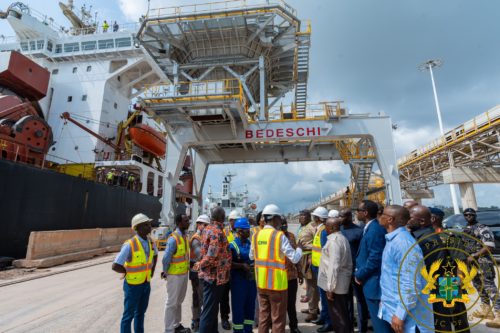 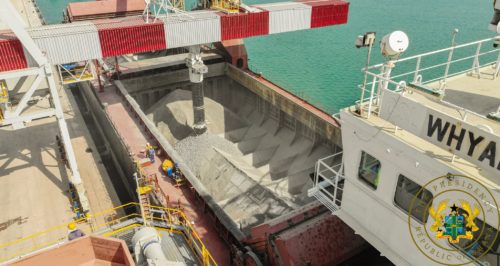 These projects, the President pointed out, “will enhance cargo handling capacity, maintenance and repairs of ships, and also meet the demands of the rigours of the oil and gas service sector within the Takoradi Port enclave.”

Completed at a total cost of US$85.0 million, the Dry Bulk Terminal, the President said, “has been equipped with modern ship loaders and eco-hoppers for the safety of both workers and members of the Port community.” 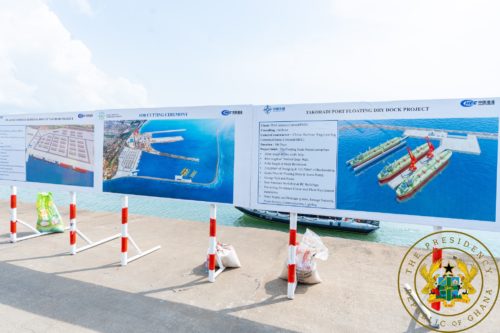 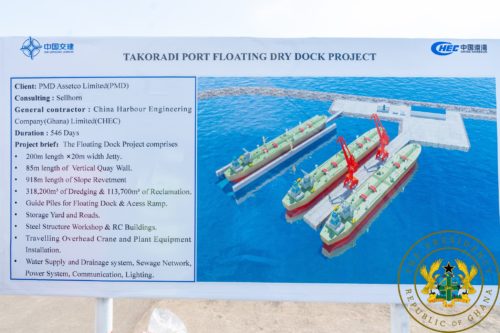 The new ATS Container Terminal facility, which is part of the multi-Purpose Terminal, he continued, “will take care of both export and import containers and conventional cargoes. Operationalisation of this facility is expected to begin in February 2023.

To this end, the President noted that Concessionaire, another wholly owned Ghanaian entity, which has already spent US$147 million on constructing the facility, will spend the next three (3) months equipping the facility for it to become operational.

Reiterating the importance of private sector to national Development President Akufo-Addo stated commended the Ghana Ports and Harbours Authority for its partnership with the private sector for the rolling out of these projects.

“The Ghanaian people and I are hopeful that the Oil Service Terminal and the Floating Dry-Dock Projects, for which I am cutting the sod, will be completed on schedule to avoid cost overruns”, he added 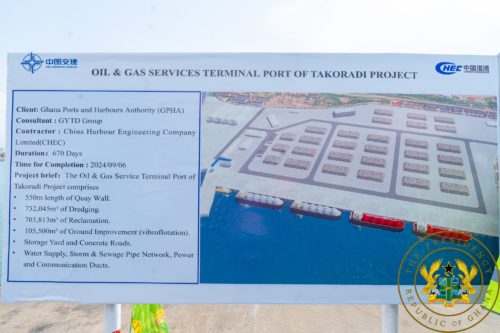 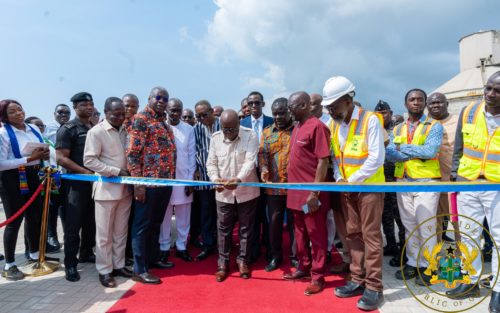 President Akufo-Addo told the gathering that his government has never been a believer of the notion that the Port of Tema is only a preserve of cargo imported into the country, with the Takoradi seen as an export-oriented Port.

“To demonstrate this perspective, Government has worked hard to modernise the Takoradi Port, and diversify its reliance on export of raw materials like manganese and bauxite, which has never yielded high value returns to the country”, he said.

He continued, “as part of strategies to promote value-added products and sustainable mining, Government has put a 5-million-ton limit on the quantity of manganese to be mined for export. We also intend placing an annual volume limit on the export of raw bauxite, as part of the Integrated Aluminum Development Project.

Indeed, the Dry Bulk Terminal, commissioned by the President, has been equipped with an efficient cargo handling system to facilitate accurate measurement of the various export volumes for manganese and bauxite to check compliance.