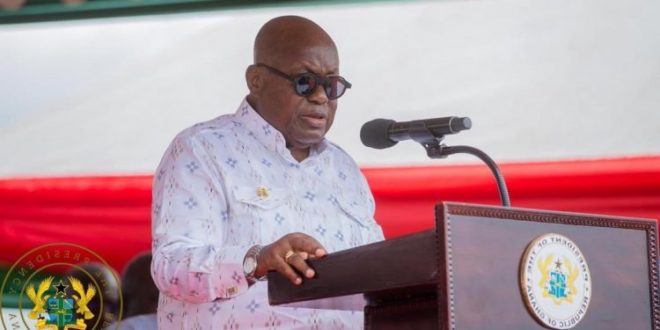 The National Union of Ghana Students (NUGS) wants the government to prioritise the construction and development of infrastructure in basic schools across the country.

Whilst it appreciated the fact that enrolment in basic schools has witnessed tremendous increment over the last few years, President of NUGS, Dennis Appiah Larbi-Ampofo believes, “we still have a critical issue in rural areas and that is basic school infrastructure.”

This was when he and the leadership of NUGS paid a courtesy call on President Akufo-Addo at the Jubilee House on Wednesday.

“Your government has been tremendous when it comes to senior high school and tertiary support.

Mr. President, on behalf of the people across the corners and quarters of this country, we are begging you that, going forward, if it is possible, which I know it is possible, we should prioritize basic school infrastructure”, he said.

See also  There will Be No “Haircuts” – President Akufo-Addo Assures

On his part President Akufo-Addo described the suggestion as a call in the right direction considering the fact that the country has seen a sharp increase in the levels of enrolment at the basic school level.

“I think that the emphasis that you are placing on the need for us to prioritise basic school infrastructure is good. All those who are involved in the thinking and practice of educational policy will always tell you that the critical work is done at the basic level”, he said.

He was of the belief that an effective basic school system is vital since the rest, (secondary and tertiary levels), will follow as a matter of course if the basic level is well catered for.

The NUGS President also had cause to comment on the growing concern about the School Feeding Programme, describing allocations to the Fund as extremely inadequate.

He therefore called on President Akufo-Addo, to as a matter of priority, give the programme some attention to sustain it particularly because of its bearing on the UN Sustainable Development Goal on malnutrition and ending hunger.

My last checks clearly reveal that it is less than a cedi. It takes a magician to feed anybody in this country with less than a cedi. We are begging you and your good office to look at it and it must be quick”, he appealed.

President Akufo-Addo, in his reaction to the issue of school feeding and other concerns such as the delay in the release of nurses training allowances, the financing of the “No Guarantor Student Loan Scheme”, and the payment of both local and foreign scholarships, indicated that inspite of the current economic challenges the country is experiencing, government will do well to address the issues.

“I think they are legitimate matters you have put before us. They are serious matter and I think that they are matters that we need to deal with” President Akufo-Addo said.

Previous National Cathedral: Checkout How Much Government Spent In 2021
Next Ghanaians React To Inaki Williams, Partey’s Injury Ahead Of World Cup