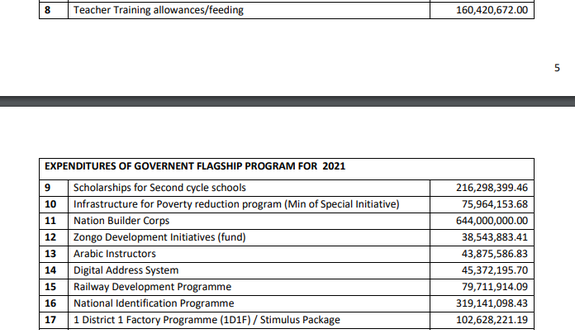 National Cathedral: Checkout How Much Government Spent In 2021

The amount spent so far on the construction of the National Cathedral has been a subject of controversy.

Work on the project, which is estimated to cost $340 million, is already said to have been suspended due to inadequate funds as workers have halted activities on the site.

“We have the contractors and their staff on site, but the work has been suspended. We are hoping that within the next couple of weeks, as part of our fundraising and other initiatives, we can begin work again,” Executive Director of the Cathedral, Dr Paul Opoku-Mensah stated on Tuesday, August 30.

This information is contained in the section of the Auditor-General’s report with regard to the Controller and Accountant-General’s financial statements of government operations ended 31st December 2021.

The National Cathedral was captured under the government’s priority programmes and interventions for the said year.

In all, initiatives under that category cost a total of GH¢9,197 million during the 2021 financial year.