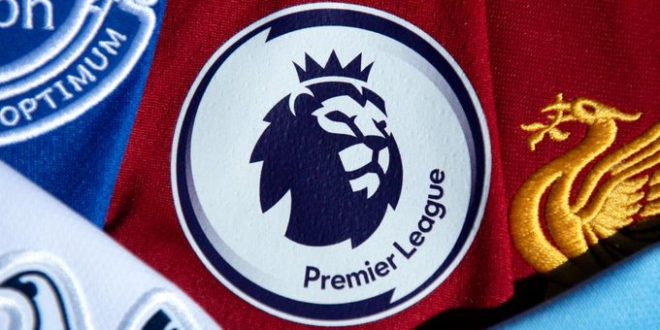 This weekend’s Premier League and English Football League fixtures have been postponed as a mark of respect following the death of Queen Elizabeth II.

Ten top-flight matches were scheduled across Saturday, Sunday and Monday.

In the EFL, games were due to take place on Friday and Saturday.

Also on Friday, play at golf’s PGA Championship was called off, along with all British horse racing and cricket’s Test between England and South Africa.

As a mark of respect to Her Majesty Queen Elizabeth II, this weekend’s Premier League match round will be postponed.

The Premier League took the decision to honour the Queen’s “extraordinary life and contribution to the nation” and said updates on future fixtures during the period of mourning “will be provided in due course”.

The Premier League is deeply saddened to hear of the passing of Her Majesty The Queen, Elizabeth II. Our thoughts and condolences are with The Royal Family and everyone around the world mourning the loss of Her Majesty. pic.twitter.com/UlaLXEOdke

The league’s chief executive Richard Masters said: “We and our clubs would like to pay tribute to Her Majesty’s long and unwavering service to our country.

“This is a tremendously sad time for not just the nation but also for the millions of people around the world who admired her, and we join together with all those in mourning her passing.”

The government’s national mourning guidance advised that cancelling fixtures was not obligatory, leaving the decision up to individual sports. 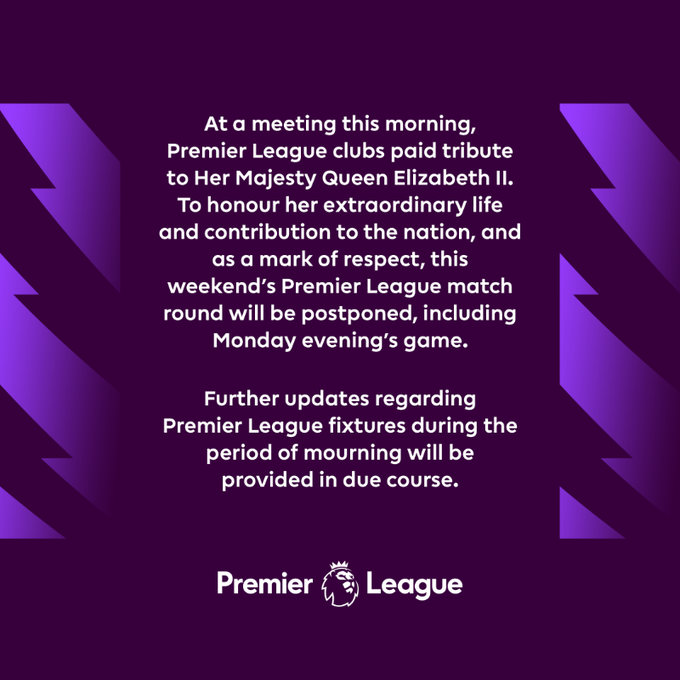