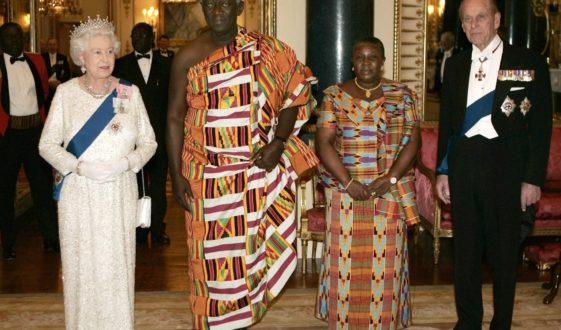 The former Head of State, in a statement, noted that the late monarch was a symbol of stability and, indeed, a rock of sustainability for her nation.

“Her inclusiveness, humanitarian touch, and humility underpinned her stewardship as the monarch of Great Britain and the Head of the Commonwealth,” he wrote.

Former President Kufuor stated that he had the opportunity to meet Queen Elizabeth II on some occasions; adding that the meetings left some lasting memories.

“I was privileged to have had a few occasions to meet her which culminated in a State Visit she extended to me when I was President of Ghana, where my wife and I were hosted by her and her late husband, the Duke of Edinburg, at the Buckingham Palace. Her astuteness and humanity left me with indelible memories,” parts of the statement read.

Former President Kufuor added that “I send my condolences to her successor, His Majesty King Charles III and the rest of the Royal family, and the entire United Kingdom for the loss of this paragon of virtuous leadership. May the Good Lord grant her an eternal rest.”

See also  ‘Queen Is No More, London Bridge Has Fallen’ – How The World Is Reporting On Queen Elizabeth’s Death

The Royal Family in a statement noted that The Queen died peacefully at Balmoral, her home in Scotland.

Queen Elizabeth II was the UK’s longest-serving monarch after reigning for 70 years.

Her family gathered at her Scottish estate after concerns grew about her health earlier on Thursday.

The Queen came to the throne in 1952 and witnessed enormous social change.

With her death, her eldest son Charles, the former Prince of Wales, will lead the country in mourning as the new King and head of state for 14 Commonwealth realms.

Previous The iPhone 14 Won’t Have A Physical SIM Tray In The US
Next Dr. Bawumia, Mahama, Kufour And IGP Mourn With Dr. Agyepong