Breaking News
Home / Politics / Give Dr. Bawumia A Chance To Be The Next  President; He Will Make “Ghana A Paradise On Earth” – Former MP Says 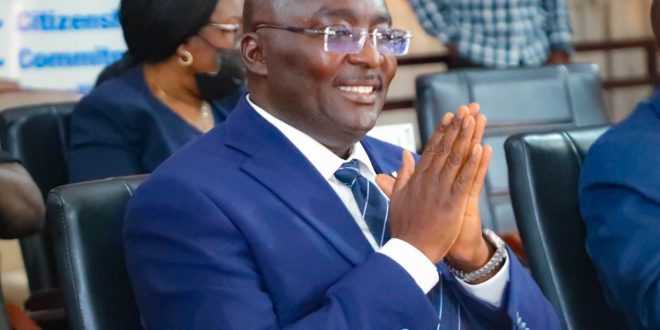 Give Dr. Bawumia A Chance To Be The Next  President; He Will Make “Ghana A Paradise On Earth” – Former MP Says

The New Patriotic Party (NPP) stalwart and former MP for the Asikuma-Odoben-Brakwa Constituency, PC Appiah-Ofori, has said that he prefers Vice-president Dr Mahamudu Bawumia as the presidential candidate for the party ahead of the 2024 elections.

According to him, if given the chance to be the president of the country, Bawumia, will make “Ghana a paradise on earth.”

Speaking to the parliamentary correspondent of Asaase News, Philip Asiawo on Monday (May 16th ), Appiah-Ofori, said: “I prefer Dr Bawumia to come again or to come and continue. Why am I saying this? Look at the background of Bawumia, he was in the Bank of Ghana and that’s where he was lucky.

He is an expert in financial management and when he comes into an executive position, he’ll put things right. And at the end of the day, Ghana will be a paradise on earth.”

See also  Dr. Bawumia To Kenya’s President-Elect : ‘All The Best As You Take Over The Naton’

Also, he added that Bawumia gives the NPP the best chance to win the 2024 general elections.

“Because of his records; everybody knows that when Bawumia becomes the chief executive of the country, not subordinate to somebody, he’ll put things right in financial management. Managing the [country’s] finances very well, preventing or reducing corruption and saving money for the benefit of this country. Ghana will raise enough money for development, we need money to develop the country,” the former lawmaker said.

Renowned pollster, Ben Ephson, has also said that vice-president, Dr Mahamudu Bawumia is in a prime position to lead the NPP in the 2024 general elections.

“I think that people are entitled to their views. Even though some have come out declaring for Alan [Kyerematen] so, PC Appiah-Ofori coming out for Bawumia, he has one vote.”

Speaking to Beatrice Adu, the NPP general secretary, John Boadu said that the window for the discussion of the party’s presidential race has not been opened yet.

“The time for national decision for our [NPP] presidential race is not yet due. It’ll be due sometime in 2023 thereabouts. So, any discussion is to improve on what needs to be done so, it is no decision whatsoever. So, with the school of thought that ‘oh why don’t you have an Alan-Bawumia ticket?’ Others can suggest ‘why don’t you have John Boadu-Bawumia ticket?’ These are suggestions that are open for discussions, others will also not agree.”