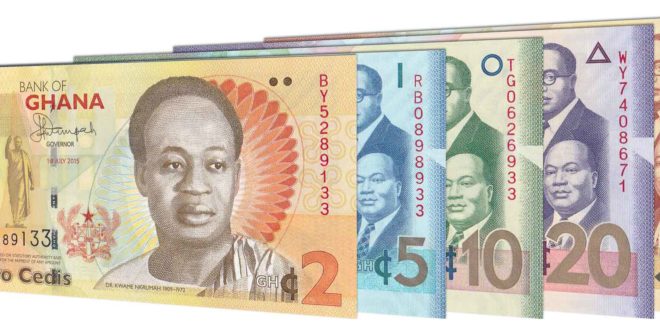 The Deputy Finance Minister, Dr. John Kumah, has debunked claims that the Ghana cedi is the weakest currency in Africa.

According to him, such a claim is mere propaganda meant to undermine the government’s fiscal measures in halting the free fall of the cedi against the dollar.

He stated that the cedi is currently the third strongest currency in Africa; however, he conceded that the rate of depreciation the cedi is experiencing might be the worst on the continent.

He said, “And look, I’ve heard all the propaganda, they said Ghana cedi is the worst in Africa and all kinds of things. Look, don’t believe those propaganda. I just returned from Tunisia on a programme, and Tunisia has the second strongest currency in Africa.

“I just saw what is happening in Nigeria and they are equally complaining that their Naira is not just four hundred and something to the dollar, but sometimes it’s even 700 depending on where … sometimes they can’t even find the dollar. So this is a global situation.”

He added, “So it is not just a Ghana situation, it is something that is happening globally and people should not begin to think that it’s as a result of some bad policy or whatever.”

He stated that government has put in place some measures it believes would stabilize the cedi against the dollar and shore up the economy.

“But the good news is that…like we announced government is intervening with this foreign exchange auctions which occasionally Bank of Ghana does to intervene in the market to bring calm and stability to the foreign exchange front.

“And then we have also introduced this gold buying to shore up our reserves in gold. And not just that we are also expecting the Cocoa syndicated loans by the end of the month or early next month which will equally come in to shore up our economy,” he said.

Watch the interview below:

The Fourth Estate and Manasseh Azure seems to have lost its fact-checking kit or they have simply decided to be creating content for click bait purposes.

A simple google check and referencing the rate at which other currencies are depreciating against the dollar will have shown that the Cedi in terms of value is indeed the third strongest currency in Africa.

I challenge them to name any currency in Africa that is stronger than the Cedi apart from the Tunisian Dinar and Libyan Dinar.

Since they are failing to leave up to their fact-checking capabilities, I have attached reports from multiple portals for their education.

I will also like to say and don’t take it only from me, you can simple google to find out Which currency is the third strongest currency in Africa. From there, you can take a decision on which of us is false and which of us specializes in speculation, propaganda, wrong reportage, exaggerated publications, misinformation and black lies.

Previous It’s A Lie; African Music Is Not Just For Stress Relief – M.anifest
Next Road safety Campaigners Push for Dualization Of Highways To Reduce Road Fatalities