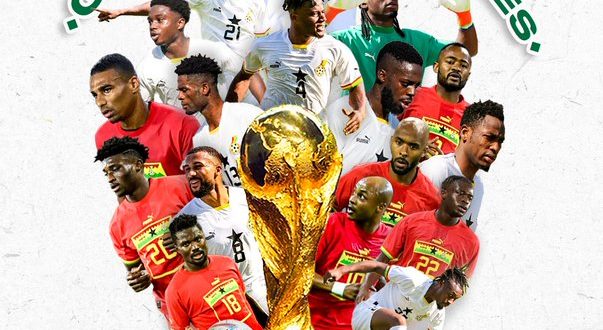 The FIFA World Cup, sometimes called the Football World Cup, but usually referred to simply as the World Cup, is an international association football competition contested by the men’s national teams of the members of Fédération Internationale de Football Association (FIFA), the sport’s global governing body. The championship has been awarded every four years since the first tournament in 1930, except in 1942 and 1946, due to World War II.

The tournament consists of two parts, the qualification phase and the final phase (officially called the World Cup Finals). The qualification phase, which currently take place over the three years preceding the Finals, is used to determine which teams qualify for the Finals. The current format of the Finals involves 32 teams competing for the title, at venues within the host nation (or nations) over a period of about a month. The World Cup Finals is the most widely viewed sporting event in the world, with an estimated 715.1 million people watching the 2006 tournament final.

The Black Stars of Ghana will be making a return to the World Cup after missing the tournament four years ago in Russia.

The four-time African champions have rich history at the World Cup despite making only three appearances at the global showpiece. The next destination is Qatar.

The road to Qatar

Ghana finished top of a group that had South Africa, Zimbabwe and Ethiopia. The Black Stars pipped the Bafana Bafana to top spot by just a point after a controversial 1-0 win in Cape Coast.

Ghana were then drawn against rivals Nigeria in the playoffs. The Super Eagles held the Black Stars to a goalless drawn in Kumasi in the first leg before a Thomas Partey strike in Abuja ensured Ghana qualified on away goal ruling.

Ghana’s history at the World Cup

In 2006 they were the only African side to advance to the Second Round of 2006 FIFA World Cup and were the sixth nation in a row from Africa to progress beyond the group stages of the World Cup. Ghana had the youngest team in the FIFA World Cup 2006 with an average age of 23 years and 352 days, and were praised for their improving performance. FIFA ranked Ghana 13th out of the 32 countries who competed in the tournament.

Four years later, the country made history by becoming the third country from the continent to make it to the last eight.

In the 2010 World Cup, Ghana progressed beyond the group stages, and reached the quarter-finals where they were eliminated by Uruguay. Ghana was defeated by Uruguay on penalties after Luis Suárez controversially handballed on the goal line deep into extra time, denying Ghana an almost certain winning goal. Had Ghana won their quarter final, they would have become the first African nation to progress to the semi finals of the world cup. Of the 32 countries that participated in the 2010 FIFA World Cup, FIFA ranked Ghana 7th.

Ghana were ranked 32nd in the World and 6th in Africa ahead of the 2010 World Cup hosted by South Africa.

However, it was a disastrous showing in 2014 World Cup in Brazil. Ghana were eliminated from the group stage.

Ghana remains the Lowest Ranked team(60th) amongst the 32 teams participating in the FIFA World Cup 2022 in Qatar.

Previous 2022 World Cup: Over 2,000 Ghanaian Fans Expected In Qatar To Cheer On The Black Stars – GFA
Next Akufo-Addo: Pray And Keep Faith In Us; We Will Turn Things Around