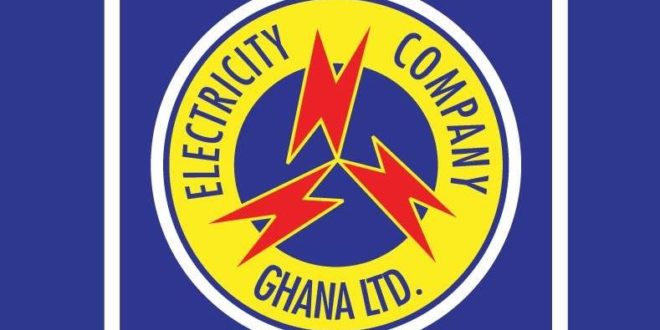 Fact Check: Here Is How Electricity Tariffs Have Changed In The Last 10years

The ECG has made this proposal to the Public Utilities Regulatory Commission (PURC) in a report, adding that there should be 7.6% yearly average adjustments between the periods of 2023 to 2026.

“This high increase in 2022 is largely attributable to the cost of investment projects; the gap that has developed over the years between the actual cost recovery tariff and the PURC approved tariffs,” the ECG justified its proposal.

The proposal has occasioned media and political discourse on electricity tariffs and how much they have increased over the years.

In this report, Fact-Check Ghana presents the key facts on how electricity tariffs have changed since 2010.

Since 2010, the PURC has conducted 29 tariff reviews. This has resulted in 11 tariff increments and two tariff decrements. The remaining reviews did not bring about any change in tariffs.

In November 2009 and early 2010 (January-February, 2010), the utility service providers (ECG, VRA, GRIDCo, and Ghana Water Company Limited) submitted proposals to the Commission for upward reviews in tariffs. The PURC, after a review, announced, on May 31, 2010, an average increase of 89% in electricity. This was followed by a 36% increase in water tariffs. The increment took effect on June 1, 2010.

See also  Okyehene Told To Stay Away From Disputed Akwamuhene

In mid-February 2011, the PURC announced a reduction in electricity tariffs following a review using the Automatic Tariff Adjustment Formula (AAF). The downward review in tariffs, according to the PURC, was a result of the reduction in the cost of production.

There were three reviews of electricity tariffs in 2012. But none resulted in either an increase or decrease in tariffs. This was an election year. A single review in the following year resulted in an increase.

In 2013, the PURC announced a 78.9% increment in electricity tariffs, which was to take effect in October 2013. This resulted in a nationwide demonstration and agitations by the Trade Union Congress (TUC). The protests led to a reduction of the increment to 58.19% in November 2013.

Following four reviews in 2014, the tariffs were increased three times. Specifically, they were increased by 9.73%, 12.09%, and 6.53% in January, April, and October respectively.

From 2016 to 2018, the PURC conducted eight reviews of electricity tariffs. The reviews led to a decrease in tariffs in March 2018. The PURC reduced electricity tariffs for households by 17.5% while reducing it at different rates for non-household consumers and special traffic load consumers.

In 2019, the PURC conducted two reviews of the electricity tariffs. Both reviews brought about an increase. In July 2019, the government increased the tariffs by 11.7%. This was followed by another increment of 5.94% in October of the same year.

The Commission conducted three reviews in 2020, but none led to an increment. The government of Ghana subsidized electricity tariffs by half as part of the COVID-19 relief packages in 2020.

However, that did not constitute a PURC-reviewed decrement as government bore the cost. According to media reports, the ECG, in a document to the PURC, says the government is yet to fully settle the cost.

In 2021, there was no change in electricity tariffs in Ghana.

Below is a timeline presentation of changes in electricity tariffs in Ghana since 2010.

Increase and decrease in electricity tariffs since 2010

Previous Agyeman-Badu Eyes Asante Kotoko Return In Next Season.
Next US$ 3.5 Billion Borrowed Accounted For Most Expenses Of Former President Mahama – CVM Boss