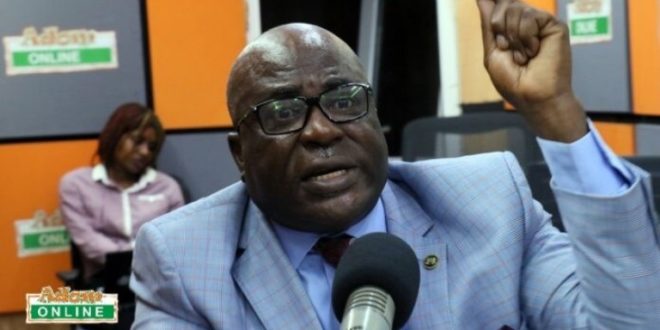 This comes after the ECG task force found no one at the premises of some illegally connected buildings.

The sources revealed that the perpetrators including the MP vacated their residence before the task force arrived.

The Public Relations Officer of ECG in the Tema Region, Sakyiwaa Mensah confirmed the operation and warned customers not to indulge in such acts.

“As part of ECG’s operational activities, we monitor our operations every now and then. In Odumase, we realised that the MP for the Lower Manya Krobo constituency had also connected illegally. This issue came up earlier and we followed up on it. He reported a case of theft of two of his meters. We asked for a police report and we are still handling that. As things stand those two apartments were supposed to be disconnected”.

“We realised that those two apartments still have power. Upon further investigation on the field we realised that he has four meters. ECG considered this an illegal connection. We did not meet the MP in the house though, but we have served him a writ of summons. We urge all our customers to be responsible in their dealings as the law empowers us to prosecute such cases.”

But the MP rejected the claims by the ECG.

See also  Akyem Oda Traders To Nana Addo: “Fix Our Market Now Else We Will Vote Against NPP In 2024”