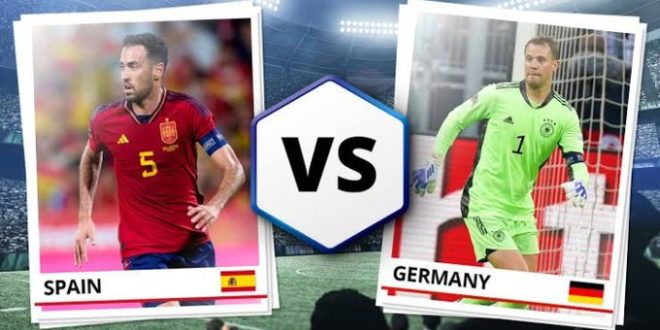 For the first time since 2006, Spain managed to win their opening game at the World Cup, and in emphatic style, after thrashing Costa Rica 7-0 at the Al Thumama Stadium on Wednesday.

Strikes from Dani Olmo, Marco Asensio and Ferran Torres – the former netting Spain’s 100th World Cup goal – helped La Roja race into a three-goal lead within the first 31 minutes. Torres then added his second shortly after half time before Gavi, Carlos Soler and Alvaro Morata also got in on the act to ensure Luis Enrique’s men made the perfect start to their Group E campaign.

There was an evident gulf in class between the two nations, with Spain boasting 81.9% possession – the most by any team since Opta first recorded statistics for the World Cup back in 1966 – while a hapless Costa Rica outfit failed to register a single shot in the entire match.

Many may question whether Spain can replicate such a dominant performance in their next match against Germany, but they can be confident of success ahead of Sunday’s encounter after securing a memorable 6-0 victory against Die Mannschaft in the UEFA Nations League the last time they met in November 2020.

Since they were crowned world champions in 2010, Spain have endured a difficult period on the biggest international stage, with elimination at the group stage in 2014 followed by a last-16 exit on penalties against 2018 hosts Russia.

However, a statement victory over Germany could thrust La Roja back into the conversation of contenders to go all the way in this year’s tournament in Qatar and would all but secure their place in the knockout rounds before their final group clash against Japan.

Four years on from a humiliating group-stage exit at the World Cup in Russia, Germany are at risk of another disappointing departure at the first hurdle following their shock 2-1 defeat against Japan on Wednesday.

There were early signs of Japan’s attacking threat in the first half, but it was Germany who found themselves in front at the break, courtesy of an Ilkay Gundogan penalty. However, two Bundesliga forwards turned the game on its head in dramatic fashion for the Samurai Blue, with Freiburg’s Ritsu Doan restoring parity in the 75th minute before VfL Bochum’s Takuma Asano snatched all three points seven minutes from time.

Germany, ranked 10th in the world by FIFA, have now won just two of their last nine internationals across all competitions and head coach Hansi Flick has admitted that his side “are under pressure” heading into Sunday’s pivotal contest with Spain.

Hopes of winning a record-equalling fifth world title already seem a tall order for Die Mannschaft and they will now seek to avoid losing successive group-stage games at the same World Cup tournament for the first time.

Returning to winning ways could prove challenging, though, as they have won only one of their last seven meetings with Spain across a 19-year period – a 1-0 friendly win in November 2014 – and they have not won a competitive clash against La Roja since a 2-0 success at Euro 1988.

Should Japan avoid defeat against Costa Rica in the earlier kickoff on Sunday, Germany must beat Spain if they wish to avoid back-to-back group-stage eliminations at the World Cup.

Spain boss Enrique may decide to name an unchanged starting lineup on Sunday following their thumping win over Costa Rica, with attacking trio Torres, Asensio and Olmo all in line to retain their places in a fluid front three.

Eighteen-year-old starlet Gavi, who made World Cup history with his goal on Wednesday, is expected to start again alongside fellow Barcelona midfielders Pedri and Sergio Busquets.

Aymeric Laporte was surprisingly joined at centre-back by Manchester City teammate Rodri, who may keep his place at the heart of the defence ahead of Pau Torres and Eric Garcia.

After replacing the injured Jose Gaya in Enrique’s 26-man squad, Alejandro Balde came off the bench to make his senior international debut against Costa Rica, but the 19-year-old is set to begin on the bench once again on Sunday, with Jordi Alba poised to start at left-back.

As for Germany, Leroy Sane missed the defeat against Japan due to a knee injury and the Bayern Munich winger remains doubtful for Sunday’s game, despite returning to training in the last few days.

Flick is unlikely to make too many changes, if any, to his starting lineup, with a back four of Niklas Sule, Antonio Rudiger, Nico Schlotterbeck and David Raum set to remain intact, protecting captain Manuel Neuer between the sticks.

Gundogan will hope to keep his place in centre-midfield alongside Joshua Kimmich, with the Man City man looking become the first player since Miroslav Klose in 2002 to score in both of Germany’s first two matches at a World Cup.

Kai Havertz struggled in the final third last time out and his position up front could come under threat from Karim Adeyemi, Niclas Fullkrug and Youssoufa Moukoko.