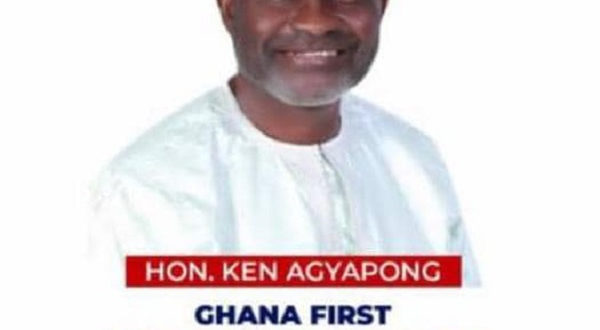 A vociferous communication team member of the ruling party, New Patriotic Party in the central region, Nana Yaw Agyenim-Boateng, PhD is appealing to the party delegates to vote massively for Hon. Kennedy Agyapong as the party flagbear to break the eight year cycle rule if the delegates love and want to see the party retaining power 2024 elections.

The NPP as a matter of urgency needs a flagbear who has the character, competence and charisma to overwhelming win the grassroots of the party and also appeal to the floating voters of the party.

Hon. Kennedy Agyapong has proven to stand the test of time in that regard. His competence and personality carry volumes of power that can’t be limited or contained within of our strongholds.

As a man with an untainted reputation, he has the unique qualities to deliver without regret, a very decisive, unified and above all clean victory for the NPP in her quest to break the 8.
Kennedy Agyapong is the right person to overwhelming win back the NPP grassroots votes.

See also  NDC Has Nothing To Offer, Retain NPP In 2024 – Sir John To Ghanaians

According to Dr Agyenim-Boateng, Hon. Kennedy Agyapong is the only candidate that can win back the disgruntled and disappointed grassroots as evidenced in the skirt and blouse approach that led to the NPP situation in the 8th Parliament.

This alone is an indication that the NPP needs a unifier and an experienced hand to bring calm, peace and build confidence in the grassroots to break the “8”.

It is very uncommon to see party folks voting for a presidential candidate and denying his candidate of the constituency level for an opponent.

This alone is practical evidence that a tried, tested and experienced founding father of the NPP in form and shape of Hon. Kennedy is the man to turn around this situation to a winning one for the party.

Many are of the view that after the party had the shock of eroding all its majority and speakership in Parliament, the NPP now more than ever needs a grassroot man Kennedy Agyapong as the to break the 8.
Hon. Kennedy Agyapong, when given the nod in the capacity of a flagbear the potency of sealing those leakages or cracks that have caused such great harm to the party, Dr Agyenim-Boateng noted.
He also added that, Hon Kennedy Agyapong has served the party since it’s inception in many capacities since 1992, he is undoubtedly knows and understand the grassroots very well.

After serving with many party leadership and in various party leadership roles both opposition and in governance, He stands tallest and is the right man to lead the struggle to build a unfied and formidable front to break the “8”.

Hon. Kennedy Agyapong has the charisma and personality to supply the party with the needed core votes in the NPP strongholds to secure victory and break the 8 with ease.

Dr. Agyenim-Boateng concluded that, the NPP party at this point requires a new flagbear(Kennedy Ohene Agyapong) would be able to bring together all the supposed factions within the party and promote unity to break the eight year rule.

May God bless our homeland Ghana and make it great and strong. 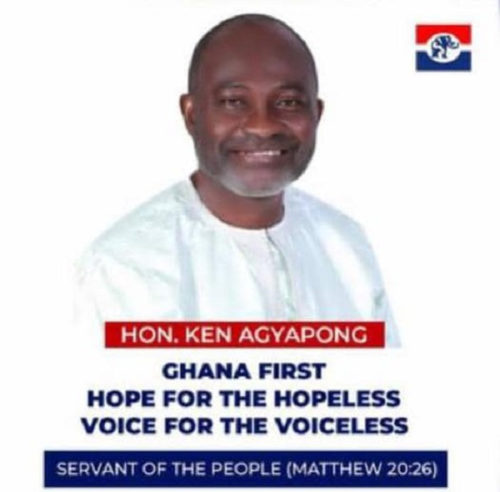 Previous POS To Gov’t: The Public Health Concerns of Marijuana; Grant Amnesty To Prisoners Of Drug Use
Next “Lack Of Desks Making Teaching And Learning Difficult In Our School” – Headmaster Cry Out