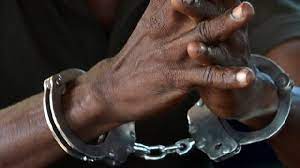 The high-profile arrests of Brian Molefe, who was the CEO, and Anoj Singh, who was the company’s chief financial officer, were made early on Monday morning.

Lawyers for Mr Anoj maintain his innocence, according to South Africa’s News 24 website.

Mr Molefe says he intends to plead not guilty, according to the same source.

Both parties have been linked to a multimillion-dollar fraud and corruption case in which a bribe was allegedly paid to an organisation to buy more than 1,000 trains.

The accused, who are currently appearing in court, are facing charges of fraud, corruption and money laundering.

It is alleged the controversial Gupta brothers, who are yet to be extradited from the UAE, received kickbacks from the deal.

They have previously denied allegations of corruption.

The arrests come after the judicial commission of enquiry led by Chief Justice Raymond Zondo heard incriminating evidence about how executives from various government-owned entities were involved in corruption.

The corruption allegedly benefited those close to former President Zuma who was ousted in 2018, as well as top officials of the ruling ANC party and private business people.

See also  GCAA Writes To Delta Airlines: Do Not Use Aircraft Number N-195DN For Flights To Accra

Earlier this year, several other high-profile people were arrested for their alleged involvement in the case.