Breaking News
Home / Sports / THIS IS AFRICA! : Facts You Probably Did Not Know About Africa And The World Cup 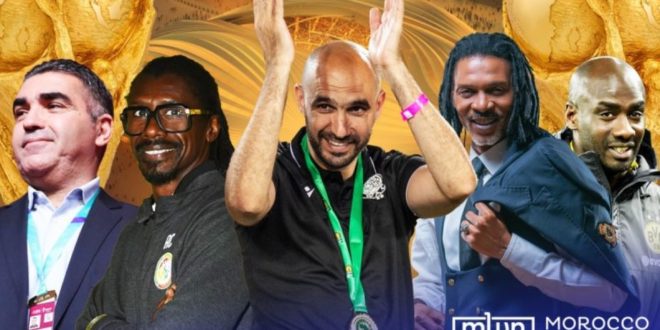 THIS IS AFRICA! : Facts You Probably Did Not Know About Africa And The World Cup

The most extreme case of a professional footballer’s ignorance of the game according to the UK’s Guardian newspaper was displayed by Joseph Mwepu Illungu, a former defender of Zaire now DR Congo. It was a group two game between favourites Brazil and the then African Champions Zaire. Alunga as he was sometimes called run out of his team’s defensive wall and kicked away a Brazillian freekick.

The players, spectators, commentators and even the referee thought the act was hilarious and amateurish. The damage Illungu did to African football was irreparable and unforgiven.

A lot of the media as expected ran their foul mouths on the player and African football as if his act represented Africa’s understanding of the game. Since that horrendous act which he claimed, was a protest against his country’s authorities’ deprivation of their rightful earnings, three African countries have made it into the quarter finals of the greatest sporting event in the world.

Events at the glorious coup mundial over the years have changed. Africa’s participation in particular has over the years rendered these incessant changes quite extensively transformative. Though it has not caused the fall of empires, – in addition to contributing to the redefinition of the boarders of football, it helped to inspire a spirit of nationalism and has also arguably reshaped the global perception about the African personality and the continent at large.

The African, as captured in the words of Ghana’s Pater familias (Kwame Nkrumah) has been deemed as capable of doing something himself.

Funnily enough, the continent can not boast of winning the coveted FIFA World cup trophy. A feat, the continent will gleefully should any African country win the trophy at the gathering of the elites in Qatar this winter. The spotlight on Africa’s performance at the world cup presents us with a mixed bag of scintillating, less illuminating and totally dim records.

Kickgh.com in this regard, throws the searchlight on the Firsts/Facts chalked by Africa as far as the world cup is concerned.

AFRICAN FIRSTS AT THE WORLD CUP

• The first African country at the world cup is Egypt in 1934. The tournament was hosted and won by Italy.

• The first African country to score at the world cup is Abdulrahman Fawzi, who scored both Egypt’s goals in a 2-4 loss against Hungary in 1934.

• The heaviest African defeat at the world cup finals is held by Zaire in 0-9 loss to Yugoslavia in 1974.

• The first African coach at the world cup group finals is Tunisia’s AbdelMajid Chetali in 1978.

• The First African country to reach the round of 16 is Morocco in 1986. Morocco shocked both Poland and England with goalless draws, and then defeated Portugal 3-1 to progress beyond the first round.

• The first African country to reach the quarter-finals is Cameroon in 1990.

• The first team to use penalties in world cup qualification is Tunisia in 1978, beating Morocco 4-2 on penalties.

• The Oldest man to score at the world cup finals is Roger Milla of Cameroon. He was aged 42, against Russia in 1994.( Russia won the match 6-1)

• The fastest- ever hat-trick in an “A” international is Abdul Hamid Bassiouny of Egypt. He scored a hat-trick in 177 seconds against Namibia in a 2002 world cup qualifier in Alexandria on 13 July 2001 during Egypt’s 8-2 triumph.

• Algeria holds the record of being the only African team to play most matches to qualify for the world cup finals. They played 13 matches en-route South Africa 2010.

• Morocco’s Youssef Chippo became the first African to score an own goal at the world cup in a 2-2 draw against Norway on 10 June 1998.

• Magdi Abdelghani is the first African to score a penalty at the world cup in a 1-1 draw against the Netherlands in 1990.

• South Africa became the first African country to host the World cup in 2010.

• Kidimu Mantantu of Zaire is the first African player to receive a yellow card at the world cup. It was a match between Zaire and Scotland in 1974 on 18 June 1974.